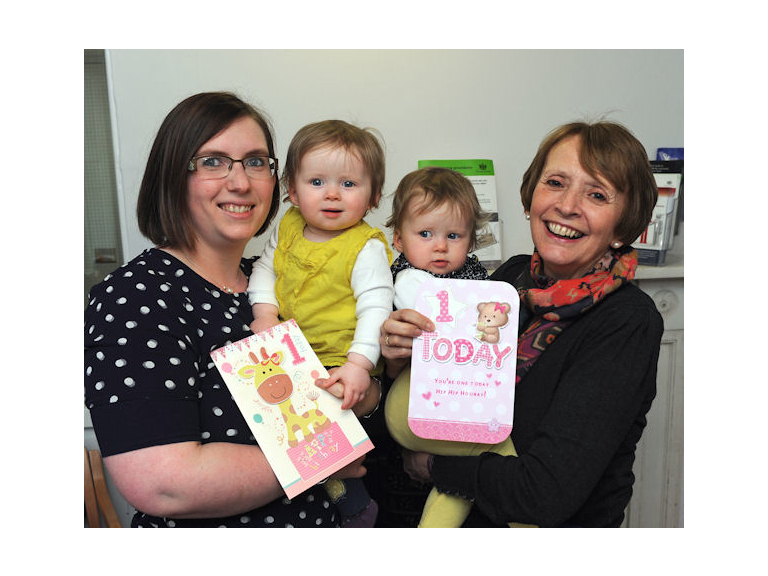 A special set of Shropshire twins have recently celebrated their first birthdays.

Isabelle and Evelyn Jones were born either side of midnight last March – making the girls pretty rare.

Mum Hannah Jones, a part-time administrator at Wace Morgan Solicitors in Shrewsbury, explained that she wanted to have the babies naturally, despite many twins being born by ceasarean section.

“This meant that it was much harder to plan when the twins would be born and as I was induced this meant it was a much longer process than I expected,” said Hannah, who gave birth at the Royal Shrewsbury Hospital with husband Lee at her side.

“I think it is unusual to have twins born on separate days so that distinction makes them extra special.

“We still celebrated their first birthdays jointly of course, having a little family party, and it will be a few years before I think we can explain the full situation to the girls!” said Hannah, who lives in Bowbrook and brought the twins into her office in Belmont recently to celebrate their first birthdays.

Ironically Hannah shares her own birthday with her sister Laura – but Hannah is exactly three years younger.

“I like sharing my birthday with my sister but I’m glad my twins will each get their own special days,” she added.