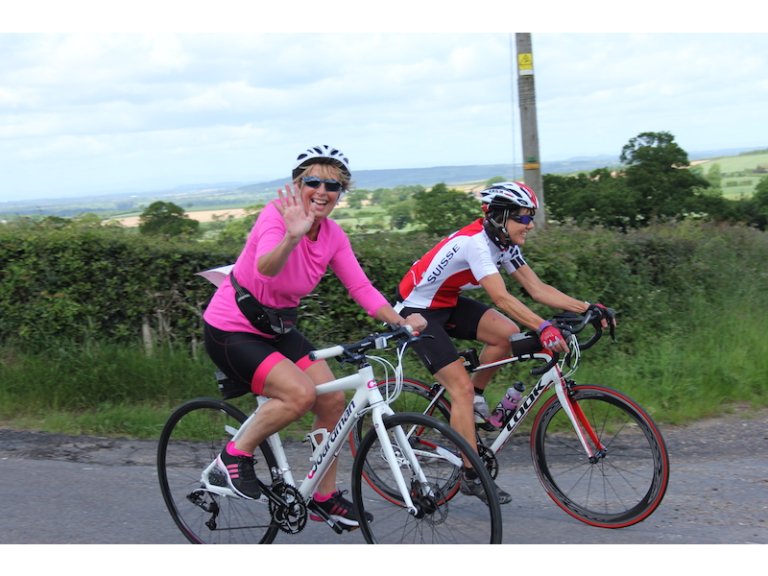 A fundraising walk, run and cycle ride between Shropshire’s two acute hospitals proved a massive success  - raising in the region of £15,000 for charity.

Around 170 people took part in The Social Network event on Saturday (6 June 2015) which began at the Princess Royal Hospital (PRH) in Telford and ended at the Royal Shrewsbury Hospital (RSH). The success of the event means in the region of £65,000 has been raised for charity in four years through the annual hospital-to-hospital events.

Nick Holding, an Improvement Manager at The Shrewsbury and Telford Hospital NHS Trust (SaTH) and organiser of The Social Network, said: “It was a great day and everyone seemed to really enjoy themselves.

“For me it was probably the most enjoyable event we’ve held. There was a great atmosphere at the start and throughout the event and we’ve had some really good feedback.

“It was fantastic that people raised money for so many different good causes, and I’m delighted that we’ve raised around £15,000 for charity.

“We had great support from a number of organisations, individuals and volunteers and I’d like to thank everyone who took part or supported The Social Network in some way. We’re already looking forward to next year’s event.”

The Social Network 2015 is the fourth hospital-to-hospital charity event organised by Nick and Sally Hodson, who also works at SaTH.

The previous three events – The Great Walk to Work, From Here to Maternity and A Good Day to Tri Hard – have raised a total of around £50,000, with each event raising money for a specific good cause. But this year people could also raise money for the charity of their own choosing, or support the event’s official charity the Lingen Davies Cancer Fund.

Those taking part in The Social Network either walked or ran 18 miles between the PRH and RSH, through Shawbirch, Wrockwardine, Upton Magna and Uffington before heading to Shrewsbury Quarry and then on to the hospital, or cycled 34 miles between the two sites via the Wrekin, Little Wenlock, Ironbridge, Wroxeter, and Atcham before following a similar route to those on foot.

This year, fundraisers were able to “do their own thing” - allowing them to link in with the day, but at the same time organise their own event for a charity or good cause of their choice.

One of those who did her own thing was Clare Walsgrove, who raised £350 through a Swim and Sing for under-3s at Bridgnorth Leisure Centre to raise money for Bridgnorth Midwife-Led Unit. And Lou Allmark, raised £1,300 through a six-hour Dance-a-thon in Wem for Dementia Care at SaTH. Both of these fundraising totals are on top of the around £15,000 raised through the hospital-to-hospital fundraiser itself.

As well as the Lingen Davies Cancer Fund, causes which were supported by those taking part this year included: