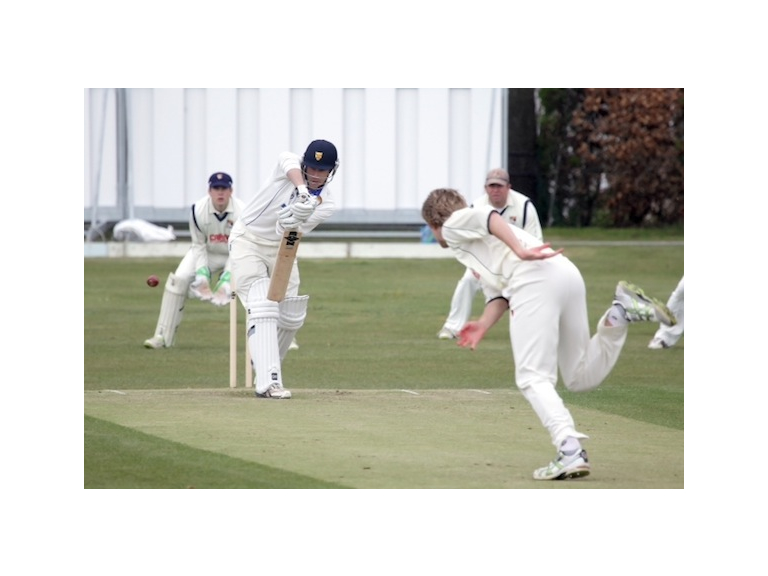 It's the MCCA Trophy final against Berkshire at Sir John Paul Getty's ground at Wormsley in Buckinghamshire on Wednesday, August 28.

Ed Foster, the man of the match when Shropshire lifted the MCCA Trophy three years ago, is determined to do all he can to ensure history repeats itself when the county chase more silverware next Wednesday.

Foster is expected to have a key role to play once again when he opens the batting alongside Richard Oliver, the man who has replaced him as county captain this year.

And he admits he is excited about the challenge ahead as Shropshire prepare to meet Berkshire in the eagerly awaited showpiece at Sir John Paul Getty's ground at Wormsley in Buckinghamshire.

“It's supposed to be a fantastic ground, very picturesque, and I have heard lots of good things about it,” said Foster.

“Hopefully we'll get a good following of Shropshire supporters there and there's certainly a lot of excitement about the game.

“The chance to play in a Minor Counties final does not come along too often so we're quite fortunate with Shropshire to be looking forward to our second final in three years.”

Foster has very fond memories of the 2010 final when he helped Shropshire beat Lincolnshire by seven wickets at Durham CCC's Chester-le-Street home.

It was his first season as county captain and Foster led from the front with a splendid, unbeaten 95 as he joined forces with Shrewsbury team mate Joe Leach, who struck 67 not out, in an unbroken fourth-wicket stand of 139.

“It was a fantastic day for all involved as we didn't want to go all the way up to Durham and lose,” said Foster.

“We put in a great performance on the day and it was also a good day personally. As an amateur cricketer these are the things which really stand out when you look back at what you've achieved.”

Shrewsbury-born Foster relinquished the county captaincy at the end of last season but he remains an important part of Shropshire's one-day side and continues to enjoy representing his home county.

“It's nice not having to worry about everything else so much which you do as captain,” he said. “It was a huge honour to be captain and I'm very much enjoying still being part of it in the one-day team.”

As for Shropshire's chances against Berkshire, a side they recently lost to in a weather-hit Minor Counties Championship clash at Whitchurch, Foster is upbeat.

“We'll back ourselves against anyone really,” he added. “We've got a lot of very talented players, a lot of dangerous players who can quickly take the game away from the opposition, and that's what you need in one-day cricket.”