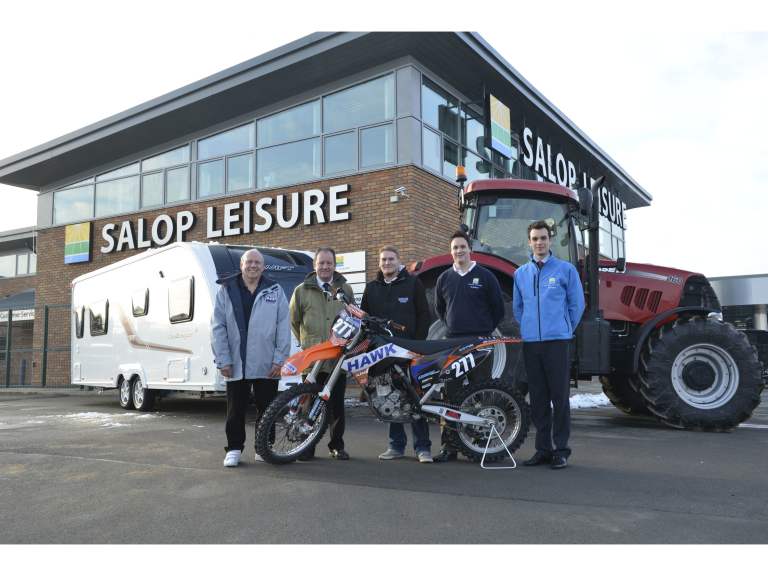 Two Shropshire companies are throwing their weight behind an event that is set to bring many of the world’s top motocross stars to the county next month.

Hawk Plant Hire from Prees Heath and Shrewsbury based caravan dealership Salop Leisure have agreed to support this important pre-season event, which will be televised and broadcast later on Sky Channel Motors TV UK.

The HIMX team has pulled off a major coup by signing up defending MX2 world champion Jeffrey Herlings for the event. Herlings battled it out all season with British fans’ favourite Tommy Searle to take the overall world championship in 2012.

With Searle moving up to the MX1 class, Herlings will be on board the factory Red Bull KTM team and will be hoping to kick start his 2013 season on a high note.

British fans will get a rare chance to see the talented youngster at Hawkstone Park, where he will be joined by his GP team-mate Jordi Tixier, who finished fifth in the overall MX2 championship standings last year and will again race for the factory KTM team in 2013.

Searle will be joined by his CLS Monster Energy Pro Circuit Kawasaki team mates Arnaud Tonus and Alessandro Lupin at the HIMX. The record entry of 120 riders is littered with top Grand Prix riders and the best from the UK, all looking for a good start to the season.

Race secretary Gary Ford said: "We're delighted that we have managed to sign up so many of the top names and teams for the International and it’s our best ever entry.

It will be a great chance for British motocross fans to see these top riders in action and we anticipate a crowd of around 6,000.”

Hawk Plant Hire, which specialises in rentals to the construction and agricultural industries, supplies all the plant for HIMX and has supported the event for more than 20 years.

Salop Leisure will again be providing a touring caravan for use as a check in centre for riders as well as displaying new caravans and motorhome models at the event. Marketing manager Scott Higgins said the company was delighted to be associated with the HIMX and looked forward to promoting caravanning to thousands of motorcycle enthusiasts.

Practice on the Sunday begins at 9am, with the first international race due to begin at 12 noon. Admission is £25 for adults and free for children under 14 years. Parking is free and camping is £20 per pitch for a tent, motorhome or caravan.