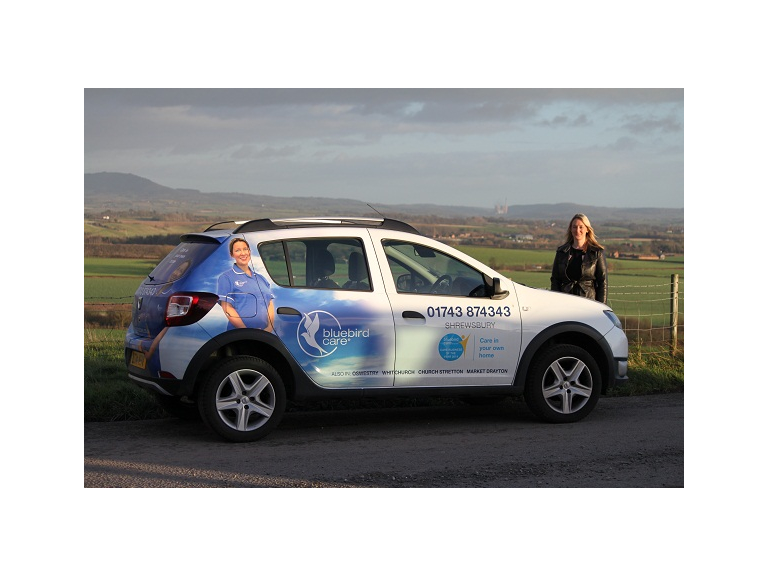 A Shropshire Care Company, which has doubled its number of staff in the last year, is planning to double it again within the next 10 months having invested £100,000 in the business.

Bluebird Care, based in Bayston Hill, Shrewsbury, provides at-home care to children and adults, to allow them to stay living independently in their own homes and give carers some respite.

In the last few months, the company has invested in its senior management team with the appointments of Amanda Jones, Manager New Business and Ceri Eades, Recruitment and Training Manager while Kirsty Old has been promoted to Assistant Care Manager, and Claire Gwilliam and Amy Stone to Supervisor roles.

The business, which started seven years ago in Shrewsbury, expanded to Church Stretton, Oswestry and the areas in between, has also just moved into the north of the county with an office in the Beech Tree Community Centre serving Market Drayton and Whitchurch. To support the continued growth, two new coordinators have been appointed - Becky Roberts and Lisa Challenor, who are both experienced carers.

Due to its growth, the company has also outgrown its current facility in Bayston Hill and is taking on the adjoining premises, doubling its office space and a new Bluebird Care car has been created to help spread the word as carers deliver support all over the county.

Director of Bluebird Care, Ian Barnes, said: “We have invested almost £100,000 into new management and resources to as well as promoting from within. We feel it’s important to introduce people with life experience to this business in order to provide a high standard of care and create a positive, driven culture.

“We are advancing geographically across the county and have moved to the north of the county within the last six months and are planning on expanding to the east of the county during 2015. We want to cover all four corners of the county. That’s why we have invested so much – we have outgrown our current space and need somewhere much larger to thoroughly train our ever-expanding company.

“Within the next 10 months we hope to have 200 well-trained care staff serving vulnerable people of this county.”

Bluebird Care
Why not check out this Home Care Services business in Shrewsbury. Bluebird Care is a 'thebestof' business member.
Latest Articles