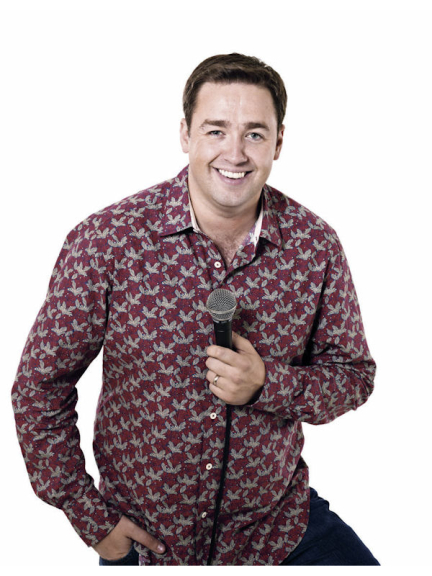 Comedians confirmed to take to the stage at Shrewsbury theatre.

Theatre Severn in Shrewsbury has confirmed that comedian Jason Manford will return to the venue to perform two dates early next year, as an extension of his current sell-out tour ‘First World Problems’. Tickets for the extra dates on Tuesday 18 and Wednesday 19 February will be on general sale from 11am on Thursday 6 June.

The former team captain on ‘8 out of 10 Cats’ (C4) and host of ‘Comedy Rocks’ (ITV) comes to Shrewsbury next Thursday as part of the original tour. However, when tickets sold out in just three days, the venue were keen to secure the extra dates for anyone who missed out on tickets.

Since he was last on the road, Jason’s opera singing skills saw him emerge as the winner on  Born To Shine (ITV1) and he put his new found talent into practice when he joined Alfie Boe on tour prior to a run in the hit west-end musical Sweeney Todd alongside Michael Ball and Imelda Staunton.

Jason said: “Some of you might think I’ve had a career change what with all the opera and musical theatre I’ve been doing lately. Not a chance, I’m excited to be getting back to what I really love the most – stand up!”

Tickets are available from the Box Office at Theatre Severn (01743 281281), the Old Market Hall in The Square, or online www.theatresevern.co.uk