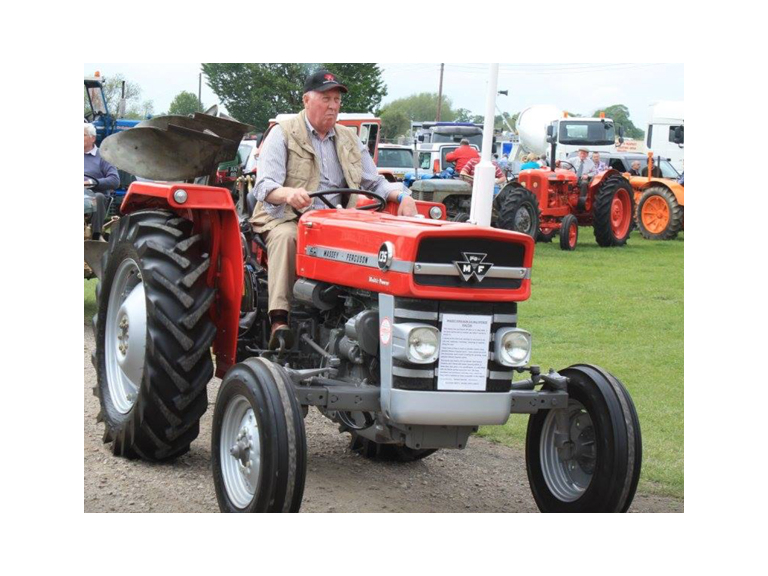 More than 5000 people are expected at this year’s Annual Vintage Show at the Shropshire Showground, which this year sees a Shropshire enthusiast showcasing his special and rare tractor collections

The event, on June 4 and 5 at the Greenhous/West Mid Showground, will showcase some of the best vintage vehicles the country has to offer.

Exhibitors from all over the UK bring their vehicles, including every type of classic car, motorbikes, Land Rovers, military vehicles, steam engines, tractors and more. There are also shire horses craft and trade stands, fairground rides, food, a bar and much more.

Each year, a special tractor is featured and in 2016 it will be the Massey Ferguson tractor. Returning for the second year the exciting spectator sport ‘Tractor Pulling’ will be at the show with the Whitchurch-based Challenger Tractor Club.

Showing off two of his own Massey Ferguson Tractors is Richard Sherratt from Preston Gubbals. Richard became interested in this model when he worked for Shukers in the 1960s and 70s selling them.

He said: “At the time, Shukers was the main distributor of the tractors in Shropshire and is when I became interested in them. Over the past 10 years I began collecting them and now have a number of tractors in my collection, which are over 50 years old, together with a range of rare Massey Ferguson Implements. I have refurbished the tractors up to show standard so I can share them with people at events such as the Vintage Show.”

“The firm was founded in 1847 in Newcastle, Ontario by Daniel Massey and began making some of the world's first mechanical threshers, first by assembling parts from the United States and eventually designing and building their own equipment.

“The company made threshing machines and reapers as well as safety bicycles. Massey-Harris revolutionized grain harvesting in 1938 with the world's first self-propelled combine – the No. 20. The final generation of Massey-Harris tractors were introduced immediately after World War II.

“We are very pleased and excited to be featuring Massey Ferguson tractors this year – and you can see they have quite a wonderful British production heritage. To add to this we have a Tractor Pulling Display where tractors pull a progressively weighted sledge over the distance and hopefully cross the finish line!

“And there will be display by the military vehicles, including 4X4 vehicles, tanks and lorries in the mounds created by the tractor pulling event.”

Village blacksmith Gary Saunders will be bringing examples of his work and a mobile ‘smithy’ to offer demonstrations and Joffrey Watson, aka the ‘chainsaw bloke’ will be showcasing his chainsaw wood-carving skills.

Plus there will be music from the Stiperstones Brass Band and the Wirral Pipe Band and the very rare Ashley’s Gallopers Victorian steam-powered carousel for everyone to have a go on, plus a children’s inflatable safety quad bike circuit.

Mr Hairy the life-like talking doll will be entertaining the crowds and playing the piano and Mike Salt from Wem will be bringing his steam-engine ‘Pepperpot’, plus displays by The Pony Club on both days.

Every year the event also stages an auction of vintage machinery and tools by H J Pugh & Sons and this will take place on Saturday, June 4 at 10.30am.

Advance tickets have been frozen at last year’s prices and can be bought in advance for £8, by visiting www.midshropshirevintageclub.com

Tickets can also be purchased on the gate and are priced at £10 for adults and entry is FREE for under 16s!