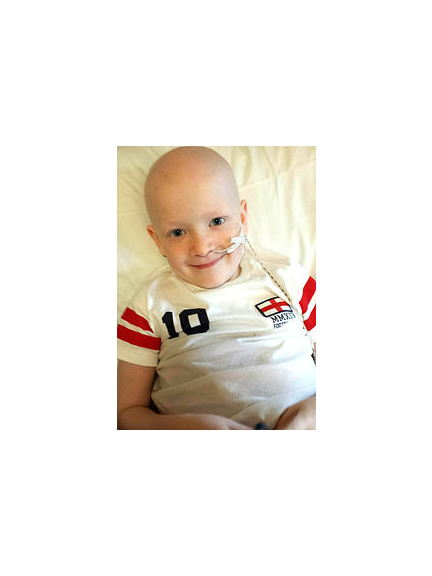 A team of Shrewsbury Town football legends are to pull on blue and amber shirts for a very special charity extravaganza in May.

An impressive line-up of Town old boys, including Tony Kelly, Steve Cross, John McGinlay, Jimmy Quinn and Dave Edwards, will play in the must-see match at the Shrewsbury Sports Village.

It will be part of a family fun day on May 21, which will also feature a junior football tournament, go-karting, bubble football, a disco dome and many more attractions.

Admission will be free, but visitors are asked to make a donation. The proceeds will be shared between three Shropshire children’s charities - the Harry Johnson Trust, the Little Rascals Foundation and the Crossbar Foundation.

The Harry Johnson Trust was set up by Sally and Stephen Johnson in memory of their inspirational little boy Harry.

Harry, from Vennington, near Shrewsbury, passed away in July 2014 aged seven, after a brave battle against a rare childhood cancer. The Worthen Primary School pupil had been diagnosed with Double Hit non-Hodgkins Lymphona and was only the third child known to have this form of cancer.

The Little Rascals Foundation, set up by the directors of the Little Rascals Indoor Soft Play Centre - Dave Edwards and Ben Wootton - helps children with disabilities; while the Crossbar Foundation, launched last August, supports the quality and lives of young people in deprived communities across Shropshire, often through sporting initiatives.

Footballers also including Mickey Brown, Dean Spink, Darren Moss and Paul Edwards have also signed up to play in the fundraising match, which will kick off at the Sports Village at 2pm.

The opposition will be provided by Harry’s Rascals, a team featuring players connected with the three charities - among them will be Harry’s dad Stephen and brother Eric, with all players in the team pledging to raise at least £100 each.

A similar charity match was held in May 2015 when nearly £10,000 was raised for The Harry Johnson Trust, which offers help and support to local children who receive care from the Oncology team at Telford’s Princess Royal Hospital. The charity has already raised more than £140,000. 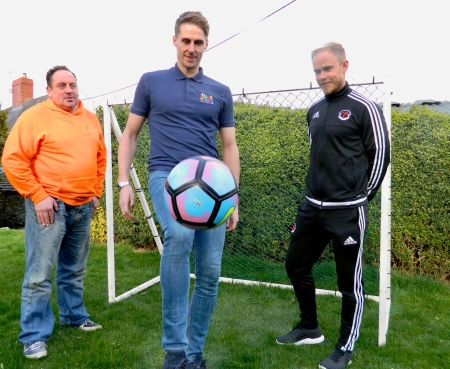 Pictured above: Wales international footballer Dave Edwards, from the Little Rascals Foundation, will be part of the Shrewsbury Town Legends team for the charity match on May 21. He shows his ball skills watched by, left, Stephen Johnson, from the Harry Johnson Trust, and Andy Smith, of the Crossbar Foundation.

Sally said she was looking forward to the fun day, and hopes that local people will again turn out in force to support the event.

“We are thrilled to be holding a second charity football match. The last game between the Shrewsbury Town Legends and Harry’s Heroes was such a brilliant day, so it's very exciting to be able to hold an even bigger event this year," Sally said.

“We are proud to be joined by the Little Rascals Foundation - Dave Edwards is patron of The Harry Johnson Trust - while the Crossbar Foundation are good friends of Harry's Trust. We are delighted that they will be working alongside us for the day too.

"It promises to be a great family day, all in aid of our three local children's charities - and Harry would have loved the name Harry’s Rascals!

“The Shrewsbury Sports Village are kindly providing us with their facilities for the day, and it is a perfect location for the main match, kids tournament and fun day as there is so much space.

"There will be something for everyone and we hope to have a huge turnout to enjoy the day, and have maximum fun."

Andy Smith, the community development manager of the Crossbar Foundation, added: “There’s lots of exciting planning to be done ahead of May 21, and we are delighted to be involved with two very special charities. Hopefully the local community will turn out in force by offering their support."

He said: “It looks to be a very strong squad again and it will be fantastic to see some familiar faces, and also meet up with players I used to enjoy watching from the terraces at the Gay Meadow.

“It was a great occasion a couple of years ago and with the extra attractions lined up this time, there is lots to look forward to. It would be lovely to see lots and lots of people there.

“This will be a really fun event and will hopefully act as a significant fundraiser for three local children’s charities."

The day’s activities will start at 10am with a junior five-a-side football tournament for local under-10 and under-11 boys' teams. The cost to enter a team is £10 and places, limited to 16 teams, can be reserved by emailing Andy Smith at andy@crossbarfoundation.com