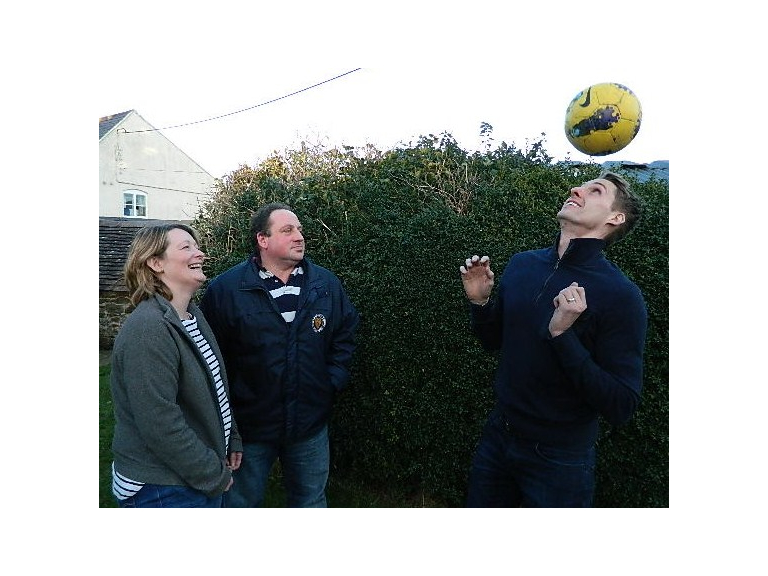 Shrewsbury Town legends from the past - including Welsh International star Dave Edwards - will pull on blue and amber shirts once more in memory of an inspirational Shropshire youngster.

The team of Town old boys also featuring Paul Edwards, Paul Evans, Mickey Brown and Carl Griffiths are set to play in a fundraising match for The Harry Johnson Trust.

The Trust was set up by Sally and Stephen Johnson to treasure the memory of their son Harry who passed away in July last year aged just seven-years-old, after a brave battle against a rare childhood cancer.

Footballers also including Darren Moss, Micky Heathcote, Andrew Tretton, Lee Steele, Steve Anthrobus and Andy Cooke have signed up to take part in the fundraiser which kicks off at 2pm on Sunday, May 17.

And the Johnson family are looking forward to the special match which will see the team of Shrewsbury Town Legends take on Harry's Heroes, a side to be captained by Harry's father. The game will be played on the main pitch at the Shrewsbury Sports Village in Sundorne.

"Our team, Harry's Heroes, will be made up of my five-a-side team, a few relatives and a few close friends," said Stephen, a keen Shrewsbury Town supporter.

"Our squad is growing all the time and every week I'm being asked about the game and who the latest players are that have been confirmed for the opposition."

Each member of the Harry's Heroes squad has pledged to raise at least £100 for the Harry Johnson Trust.

"I think they are a bit worried about their fitness levels," smiled Sally. "There's a lot of Shrewsbury Town supporters in the team and they know they will be in for a tough game. Stephen keeps saying it's going to be a cricket score or a rugby score!

"As well as the match being a fundraiser, it's the fun behind raising the money as well in memory of Harry.

"Part of the reason we wanted to do the Trust was to keep Harry's memory alive and this game will help get across that message and Harry's name out to even more people."

Harry's brother, 10-year-old Eric, and his cousin Jack, 8, will be team mascots with the side's kit set to be orange and black, Harry's favourite colours.

Sally added: "We've had so much support already even ahead of the match being publicised.

"We are grateful to the Shrewsbury Sports Village for allowing us the generous use of their facilities while a number of local companies have been in touch offering sponsorship.

"A huge thank you, too, to all the former Shrewsbury Town players, some of whom will be travelling a long distance to play. We can't thank them enough for giving up their free time to come and support us.

"Hopefully there will be a good crowd to enjoy the game. It's a great chance for Shrewsbury Town supporters to watch some of the club's popular former players in action and we are really looking forward to the day."

Former Shrewsbury midfielder Dave, who is now a regular for Wolves, said he was looking forward to the match.

He said he was pleased to support the event and hopes to be able to play some part depending on his commitments with Wolves.

"Hopefully I'll be able to play but I will definitely come and watch regardless and if I can play I'll really look forward to it," said Dave.

"There will be a lot of idols in the Shrewsbury Town old boys team from when I was watching the club from the terraces at Gay Meadow, players from my era, so it will be exciting for the Shrewsbury fans to watch these players in action again.

"There should be good numbers there to see the older players, the likes of Steve Anthrobus, Lee Steele and Paul Edwards."

Dave added he had been touched by Harry's story.

He said: "Living in the local area it's important that we do our best to raise any money we can for the Harry Johnson Trust. It's a great cause and hopefully lots of people will come along to the game on May 17 to support it."

The Harry Johnson Trust aims to offer help and support to other children who receive care from the Oncology team at The Princess Royal Hospital in Telford on their own journey with childhood cancer. Admission to the game is by donation, with all funds raised going to the Trust.

For more details of the Harry Johnson Trust, visit http://www.theharryjohnsontrust.co.uk/