Town were in group B alongside Brentford, Grimsby Town and Mansfield Town.

Shrewsbury started with a 1-1 draw against Brentford before coming back from 2-0 down to draw 2-2 with Grimsby. 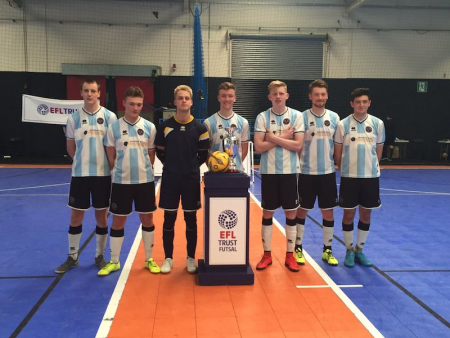 Town had to win their final group game to progress to the knockout stages, and they did in emphatic style with a 6-0 victory over Mansfield.

In the quarter-finals, the Shrews dispatched Southampton 6-4 with Liam Robinson scoring all six goals.

Town then beat Reading 2-1 in the semi-finals before eventually losing 5-2 to Scunthorpe United in the final.

The Shrewsbury Town squad on the day consisted of Brad Painter, Ed Baker, Leon Reece, Harry Morris, Liam Robinson, George Maskell and Kallum Gall, who all study on the course.

Pete Wilson, coach for Shrewsbury Town on the day, said: "We are very proud of the lads who they gave it their all on the day.

"It was their final game of futsal for us with the course coming to an end this year.

"They were all a pleasure to work with over the two years."