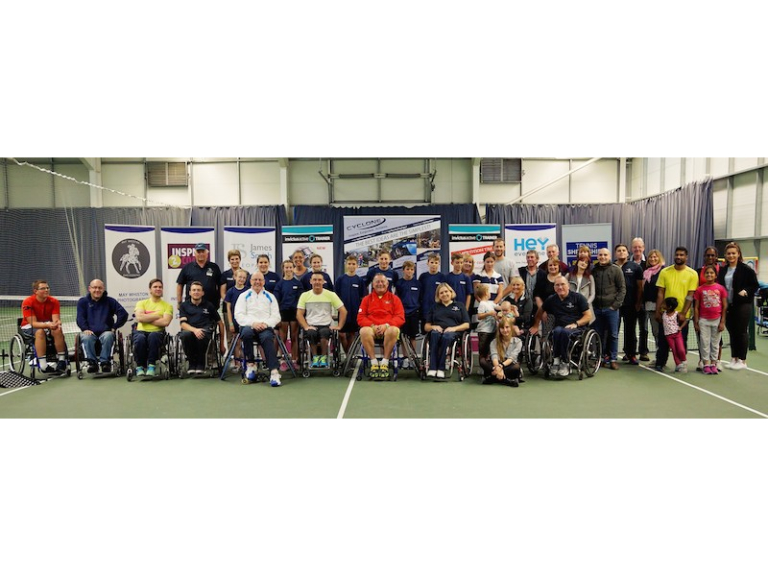 Shrewsbury's popular annual wheelchair tennis tournament continues to get bigger and better each year after attracting a host of compliments from players and officials.

A record number of 36 players entered the event at The Shrewsbury Club last weekend - with The Shrewsbury Open part of the Wheelchair Tennis Development Series for 2015.

Players of all ages and abilities travelled from as far as Aberdeen in the north and Portsmouth in the south to compete at a tournament which has the full support of the Tennis Foundation.

Joint organiser Val Fisher was delighted with the quality of tennis on show and also the feedback she received from everyone involved.

"Everyone had such a fantastic time," she said. "This is the seventh year we've held the event and this was the most successful so far with lots of good tennis and some enjoyable social events in the evening.

"To attract a record entry of players, including nine from our own wheelchair tennis group at The Shrewsbury Club, was very pleasing and we received some lovely comments.

"Tony Knappett, who won the men's main draw singles competition, organises big international events at Bolton and Preston and he was kind enough to say that ours was the best tournament he had ever been to.

"We were delighted to have a ball crew for the first time and the youngsters from the Thomas Telford School did a brilliant job over the weekend. They really helped speed things up and thanks to them we were able to get through 80 matches.

"We were pleased to have a photographer with us, May Whiston from Baschurch, who captured some lovely pictures.

"We were also very grateful to The Shrewsbury Club for donating tea and coffee which we were able to sell throughout the weekend along with cakes our club members had made. This helped raise £200 for the Dan Maskell Trust."

Scott Smith, joint organiser of the tournament with Val, so nearly made it a home club victory in the men's singles main draw before being edged out by Knappett, from Preston, in the final.

Josh Cooper, 17, another regular player at The Shrewsbury Club, took the honours in the Consolation men's singles final, beating Scottish prospect Ruairi Logan, ironically his doubles partner when they were on duty for Great Britain's juniors in the World Team Cup in Turkey in May.

Smith may have been pipped at the post in the singles final but he gained some revenge in the men's doubles final, teaming up with John Lambert to overcome Knappett and Scottish player Keith Thom.

Another regular player from The Shrewsbury Club, Kevin Drake, won the B Division men's singles while he was also runner-up in the doubles.

There was no specific ladies competition but the four women players who did enter impressed against male opposition.