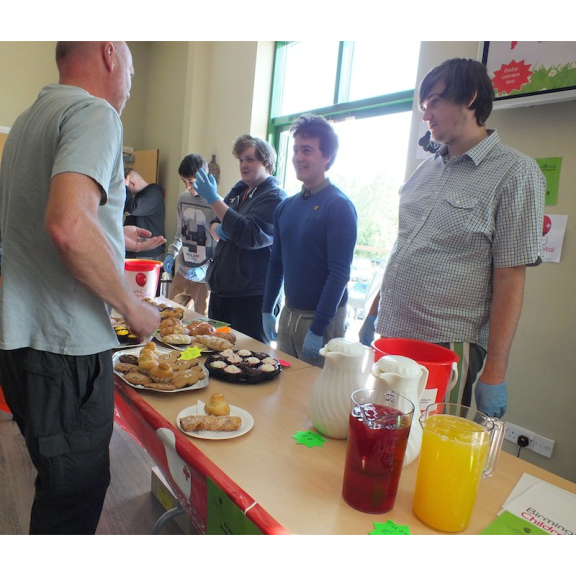 A unique partnership between Shropshire Youth, the Emerging Leaders charity and The Shrewsbury Club has been successfully piloted in Shrewsbury to help disadvantaged young people begin to achieve their potential.

The Stride Out project, which began in June, has provided 12 local teenagers not in education, employment or training with the chance to learn leadership skills and improve employability skills and confidence.

The dozen youngsters are now embarking on a series of fund raising events they have organised to raise money for Hope House and the Birmingham Children's Hospital.

Shropshire Youth IAG, part of Shropshire Council, are a team who successfully deliver information advice, guidance services and engagement programmes to help young people to achieve their potential by removing barriers to learning and employment.

Emma Linney, the transition team manager for Shropshire Youth IAG, said the exciting partnership had proved to be rewarding for everyone involved.

"The Emerging Leaders charity along with The Shrewsbury Club and ourselves thought we could put together a very different motivational programme," she said. "We have been successful in delivering programmes for many years but this has been a different approach.

"The idea of this project is built around leadership skills and it's the first pilot of its kind nationally. The wider three-month programme has also included work experience placements and delivery of personal, social development and employability skills that we have run alongside the Emerging Leaders input.

"The Shropshire youth team have mentored young people throughout and the partnership approach, hard work, commitment and belief in young people has been an integral part.

"This is the first time Emerging Leaders have worked in the UK on a project of this kind. They wanted to trial the Leadership for Life programme they have run in other countries.

"This is about how young people can lead their own lives and give something back to the community, so that's been the essense of driving through the whole programme.

"I feel that it's been a real success and the young people involved have decided they are going to raise money for the Birmingham Children's Hospital and Hope House. They had to come up with their own ideas over who they wanted to raise money for."

Miss Linney, who hopes funding can be secured to continue this programme as a community concept, added: "These are diverse young people with various barriers that were preventing them moving forward. Many have been unemployed for some time. This programme has really helped to boost their confidence and self-esteem and is already proving successful with three young people getting a job already.

"The Shrewsbury Club have been brilliant and some of the young people have also gone and used the gym there. They've given them gym memberships which is great. Their members of staff have provided extra motivation, so it's been a complete partnership."

Ben James, 18, and Tracey Whiting, 17, who have been on the programme, said, on behalf of the group, that "the project has helped increase confidence and employability skills. The first fund raising event was a success and it feels good to be raising money for a good cause."

Dave Courteen, managing director of The Shrewsbury Club, said they were delighted to be supporting the programme and that several of their staff members had provided guidance for the young people.

"It's great leadership training for some of our younger leaders," he said. "We're passionate about making an impact in the local community as we are The Shrewsbury Club for Shrewsbury people.

"We saw this as a great way of us actually providing a resource and support to people in the community who need it. It's another good thing for us to be doing to make an impact on the local community."

The Shrewsbury Club will be the venue for a charity car wash organised by the young people this Thursday, July 30 (10am-6pm) while they will also host an open mic/live bands night next Tuesday, August 4. A coffee and cake sale was held last weekend.

Steve Miles, the operations manager UK for Emerging Leaders, added: "While Emerging Leaders has been working successfully around the world for a number of years, delivering 'Leadership for Life' as part of the 'Striding out' programme in partnership with Shropshire Youth has been its premier pioneering project in the UK.

"It's been exciting to see the young adults embracing the leadership principles, lead themselves and in so doing postively impact their community.

"These are amazing young people with enormous potential. It's just that interference, external and internal, has kept that potential small by affecting the way they think and the way they see themselves.

"They have been told for so long that they 'can't' or 'won't' that they have just lost sight of the reality that they 'can'. By re-awakening dreams and getting focused the future is brighter.

"What they have begun to understand and apply is that if you change your thinking, you can literally change your life; that we can't say no if we don't have a bigger yes."

The University Centre Shrewsbury will evaluate the project when it is completed.