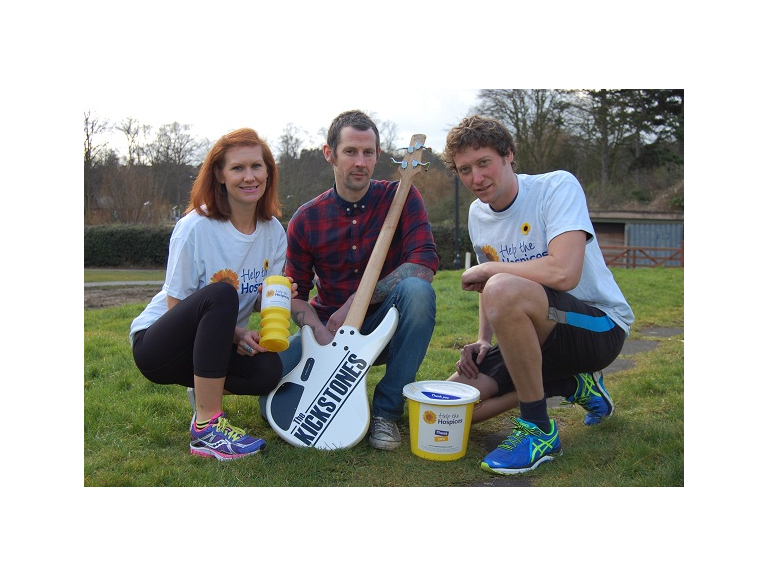 Two newlyweds from Shrewsbury are fulfilling their ambition of running the London marathon together and hope to reach a fundraising target of £4,000.

Jack and Catherine Buckley decided to run the London Marathon as one of their ambitions as a married couple and have chosen Hospice UK – a charity which supports independent hospices nationwide as their charity.

To fulfil their charity places in the event on April 26, the couple have pledged to raise £4,000 between them and have been training since last summer.

Catherine, 33, said: “We have always admired people who can set their sights on a goal like running the marathon and actually put in the work needed to achieve this goal. The training is really hard work, especially in freezing temperatures and snow! But members of the Shropshire Shufflers, colleagues who have done it before me and the great advice we have received from Up and Running in Shrewsbury is all helping.

“The 'pressure' of raising money for such a worthy cause is really spurring us on. Our charity target is just as much of a goal as the training itself to run the 26.2 miles.

“We chose this charity because my mum worked at the Severn Hospice for much of her career and I spent a lot of time there before she retired. I used to spend time with the patients and they would help me with my homework and we would chat. I got to see first-hand the amazing the work that Hospices do, how these people are given such care in their final days and how important it is for their families to see them being well looked after and their pain eased.”

Jack, 31, added: “We both know people who have been affected by terminal illnesses and have been treated in a hospice. At the end of last year my best man’s mum sadly passed away in the Severn Hospice, Shrewsbury, after a long illness. We will be remembering her and all of the other people we know this charity works to help with this challenge.

“We have already raised over £500 through various activities like a BBQ we held and fundraising at Shrewsbury Fields Forever Festival which has supported us during their event last year and on their website. We are so grateful to all of the local companies who have generously donated prizes and to our wedding band The Kickstones who have offered to pay for free at our upcoming fundraising event. I am even auctioning myself off for a day as I am a carpenter and builder – I just hope somebody bids!”

Any businesses or individuals who would like to sponsor the couple can do so via their Just Giving page at www.justgiving.com/TheBuckleys2015Marathonor by texting the amount you wish to donate to JBUC84