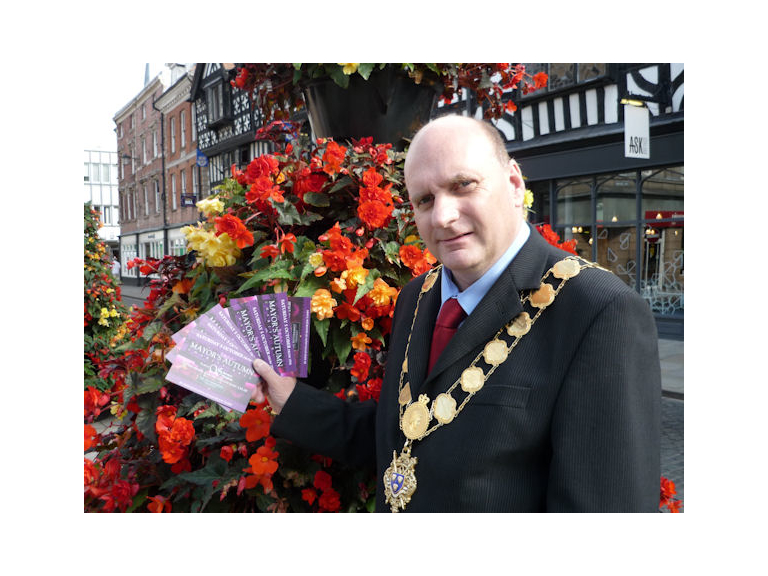 Party-goers are in for the night of their lives at the Mayor of Shrewsbury’s charity ball.

Councillor Jon Tandy has grand plans for his autumn fundraiser, which will be held in the town’s state-of-the-art Buttermarket venue on October 5 in aid of his chosen charity, Severn Hospice.

“The Mayor’s Ball is a popular annual fixture on the Shrewsbury social calendar, and I am determined to make this event the biggest and best the town has ever seen,” said Councillor Tandy.

“I’m delighted to have secured Shropshire’s premier entertainment venue, the Buttermarket, which means we can accommodate up to 500 diners.

“The more people who can attend, the more money we can raise for the Severn Hospice, which is an incredible charity that helps people with terminal illnesses from across Shropshire.

“Tickets are on sale now, so I would urge people to snap them up before it’s too late.”

The ball, which is sponsored by leading housebuilder Taylor Wimpey, will feature a three-course meal, live music and a disco until 4am.

Tickets costing £35 can be purchased by calling the Mayor’s secretary, Carol Pullen, at Shrewsbury Town Council on 01743 257655.