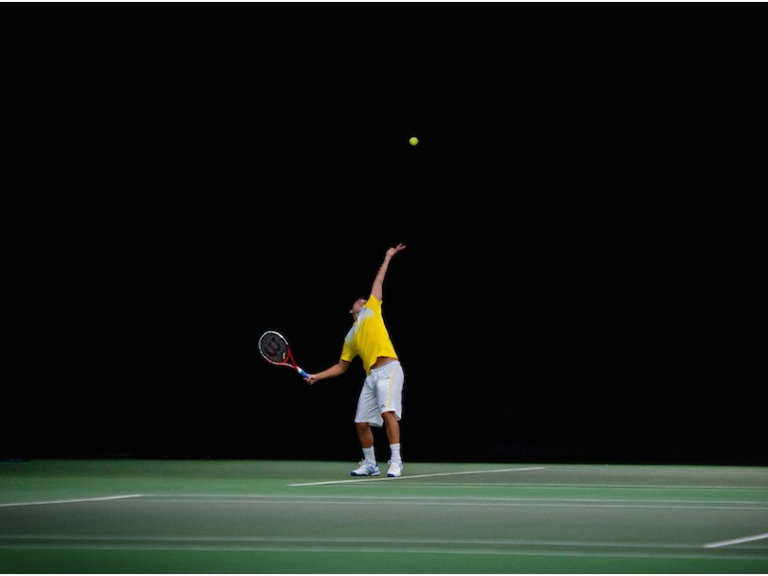 A unique Festival of Tennis is being served up this month to coincide with a top tournament - featuring world ranked players on the brink of stardom - heading to Shrewsbury.
The Shrewsbury Club, in Sundorne Road, has again been selected to stage two major tournaments featuring rising professional tennis aces from across Europe this year.
The first will be the Aegon GB Pro-Series men's $15,000 event between March 21 and 28 - which offers free admission to watch top class tennis action - while a number of other tennis attractions will also be held in the town.
"The Festival of Tennis will run from March 14 to March 28 and it will be built around the Aegon Pro-Series event," said Dave Courteen, managing director of The Shrewsbury Club, who has helped organise this celebration of the sport.
"As well as the tournament, there will be a tennis exhibition, the whole family will have the chance to pick up a racket using fun Tennis Factory equipment in The Square while a special tennis-themed wine tasting evening plus a civic reception to launch the men's tournament have also been arranged.
"We're proud to bring top quality tennis to Shrewsbury. We think it's a core part of what we're trying to do at The Shrewsbury Club and now it's great that the whole town can enjoy a Festival of Tennis. It promises to be very enjoyable."
The stop. coffee shop housed within Shrewsbury Museum and Art Gallery in The Square will host a tennis memorabilia exhibition, with free admission, for a fortnight from Saturday, March 14.
It will feature tennis artefacts and exhibits outlining the changes in the sport through the years while local professional photographer Richard Dawson will be sharing some of his wonderful images captured at previous Aegon events.
The Shrewsbury Club has joined forces with Tennis Shropshire to hold a Tennis Factory day, which is also free to enjoy, in The Square between 10am-4pm on Saturday, March 21.
Coaches will be on hand to introduce youngsters to the sport via a range of fun challenges while there is no age limit on who else can take part.
Tournament week itself will begin with a special civic reception at the stop. coffee shop at the Shrewsbury Museum and Art Gallery on Monday, March 23.
Invited guests will include the Mayor of Shrewsbury, Councillor Beverley Baker, and Cathie Sabin, President of the Lawn Tennis Association. The main draw will be held for the Aegon tournament and many of the players will attend.
There will also be a special tennis-themed wine tasting evening at Tanners Wines on Wyle Cop on Wednesday, March 25.
Guests will enjoy the history of the wine cellars before having the chance to sample eight different wines from the birthplaces of famous tennis players. There will be a fun quiz to try and match the wines with the birthplaces. Tickets priced £30 are available now from The Shrewsbury Club on (01743) 467755.
"There's plenty to look forward to," added Mr Courteen. "We don't know the players that are coming yet, it's too early to tell, but we are expecting a better calibre of player than last year because there's more prize money as it's a $15,000 tournament.
"Last year we had Freddie Nielsen, a former Wimbledon men's doubles champion, so it will be interesting to see who features this time.
"People can come along and see the players, top ranking world stars of the future, right on their doorstep when they're on the cusp of becoming internationally famous."
More