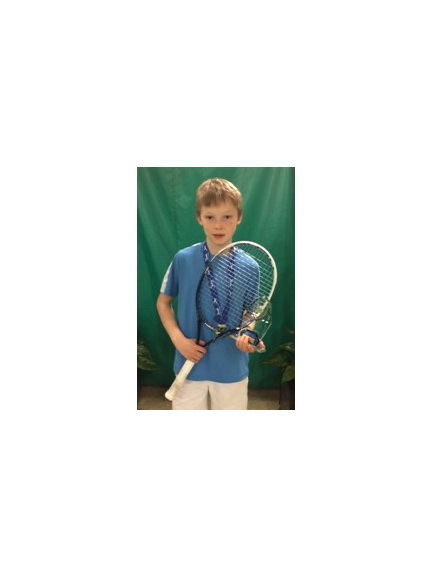 Rising tennis star Roan Jones, a junior member at The Shrewsbury Club, has won his first tournament of the season as he sets his sights on becoming the No 1 player in his age group in the country.

The dedicated 10-year-old from Condover, near Shrewsbury, claimed victory in the national-level 10U Scottish Junior Open Championships at Glasgow as he again underlined his exciting potential.

Roan, a pupil at Condover Primary School, beat James Vincent, from Bristol, in straight sets in the final, taking the first on a tie break.

Roan is a well known face around The Shrewsbury Club where he trains most days with his coach, Slovakian Jaro Novak, as he continues to make rapid progress.

His dad, Stuart, said his son would be combining playing in under-10 and under-12 tournaments around the country this season.

He added: "Roan was really pleased to follow up his National Clay Court title last year with a further success in a national level competition.

"In the play-offs to decide the national champion, Roan has finished runner-up in each of the last two seasons. He will be doing all that he can to go one better this season."

Stuart stressed that The Shrewsbury Club continue to play a key role in Roan's development as a player and that his current coach has built on the good work of his predecessor John Thompson.

He said: "Roan spent four and a half years with John at the club and this provided a very good foundation from which to build. Jaro and the club's team of coaches are now also doing a great deal for him, working to improve other areas of Roan's game."

Nigel Hunter, director of tennis at The Shrewsbury Club, highlighted Roan's great attitude to the sport and believes that he has a bright future.

He added: "Roan has come right through our mini-tennis programme and has been top ranked in the country at every age group.

"He's making that transition now where he's coming away from mini-tennis and going into the younger age groups of full yellow ball tournaments. Hopefully he will continue to move on through the ages and become a professional tennis player.

"He's here at the club every day. We generally try and encourage him to have one day a week's rest but he's keen and he just loves tennis. He always plays with a smile on his face."

Nigel insisted Roan's tournament victory in Glasgow can be the launchpad for another productive season.

"It's nice to know the extra travelling and expense has been rewarded by him going to Scotland and winning the tournament which is superb," he said.

"It's a real testament to how hard he trains and how well the team of coaches here are looking after him and continuing his development."