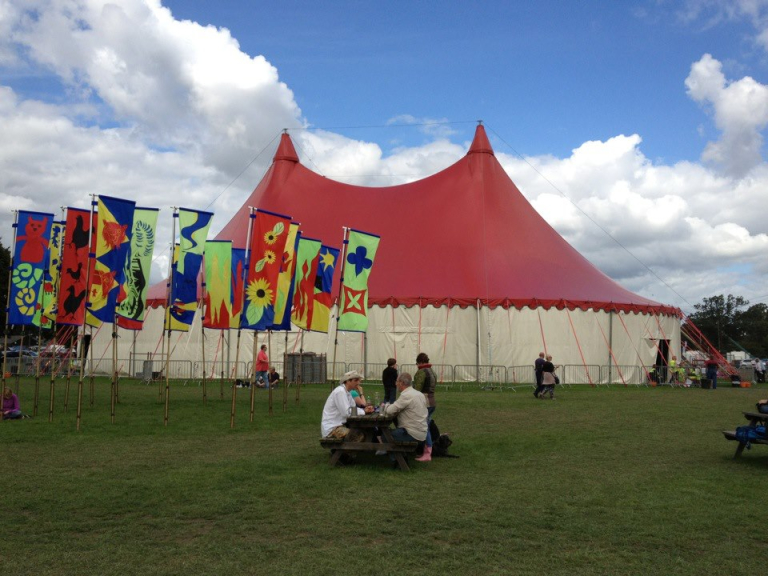 Tickets for the 2013 Shrewsbury Folk Festival have gone on sale with organisers promising an eclectic line-up for one of the country’s leading folk events.

Several performances will be exclusive to the four-day festival over the August Bank Holiday including the only UK appearance for American band The Carolina Chocolate Drops.

Another exclusive will be the event’s two patrons Oysterband’s John Jones and Steve Knightley from Show of Hands will perform together in a one-off.

Jim Moray will lead a band of performers, including a special guest, in the 2013 Folk Slam finale in Marquee 2.

Some of the leading lights in the young folk movement will also appear at the West Mid Showground from August 23 to 26. Sam Carter, Lady Maisery, BBC Folk Award winner Lucy Ward, Blue Rose Code, Luke Jackson, Ursula Holden Gill, Moore Moss & Rutter, James Riley and Lori Watson and the Rule of Three
are just some of the names lined up.

Nidi d’Arac, a group from Southern Italy who blend rural tradition with rock, electronica and beats, lead the list of international performers. Randolph Matthews & Byron Johnston will bring their fusion of Spanish acoustic guitar and African soul to the festival.

American singer songwriter Mark Erelli, who featured in the festival’s Darwin Song Project in 2009, makes a welcome return andperform solo and with his bluegrass band Barnstar. A first for the UK will be an appearance by a unique Nashville based act Doyle & Debbie who offer a very special late night show.

More artists including headliners will be announced in 2013.This year’s event saw a record early sell-out of weekend tickets at the end of April – four months before the event so people are advised to get their tickets as soon as possible. It was the second year in a row that the festival sold out so far in advance.

Festival Director Alan Surtees said: “We are still in negotiation with some very exciting artists to appear at Shrewsbury in 2013, both from the UK and abroad. We will announce more artists early next year but we’re delighted to be able to offer some exclusives including the Carolina Chocolate Drops who
will be making Shrewsbury their only UK performance.

“Our festival is recognised for its imaginative and interesting programming, allowing people to see their favourites and discover new artists in the same weekend. We organise a packed programme that can keep you entertained from
first thing in the morning to last thing at night.

“We offer a brilliant festival site in a central location so it’s great value for money for less than £30 a day.”

Every year, it supports its charity partner Hope House Hospice to fund its music therapy sessions for children with life limiting illnesseand has so far helped raise more than £26,000 for the Morda based centre.

The earlybird offer on tickets lasts until February 28. Adult weekend tickets are £119.50 until then. Day tickets start at £32.50 for adults.

Children under four go free and family tickets are available. On-site camping is available to all weekend ticket holders with prices held to the same as this year at £20 per adult.