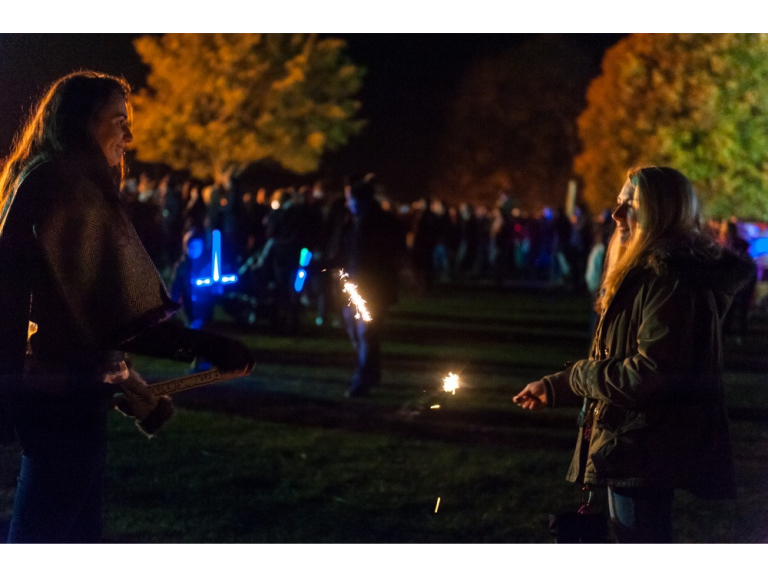 Shrewsbury’s main fireworks display which had to be postponed twice due to flooding is back with a bang - and this time with a “festive twist”.

Two previous attempts at the Greenhous West Mid Showground fell victim to the weather but organisers are hoping their charity Christmas Firecracker will more than make up for it on Saturday, December 7.

The event will feature a sound-sensitive first fireworks display, ideal for families with young children, and will be followed by a second event which promises a great deal more bang.

Visitors will be able to stay for both displays should they wish and any outstanding tickets for the earlier rain-affected events will be valid for the Firecracker.

Jan Forrest, showground manager, said: “We were desperately disappointed to call off the two earlier displays but there really was no alternative - the weather was absolutely appalling and the ground was just too wet.

“But we don’t want to let anyone down, so we have arranged the Christmas Firecracker event for Saturday, December 7.

“The gates will open at 3pm with the first display taking place at 5.15pm and the second at 6.45pm.

“The first will be sound-sensitive, not so noisy and will have more colour. Ideal for young children.

“The second will be the usual big display, and anyone wanting to stay for both will be more than welcome to do so.

“There will also be a funfair, free children’s sparkler area, a live music stage, plenty of food and drink options on offer, along with some extra festive twists.

“Tickets are available now and anyone who bought tickets for the earlier shows and not applied for a refund can use those tickets to get in on the day.

“It will be possible to pay on the gate but buying tickets in advance will mean beating the queues - we are anticipating a lot of people coming along.

“It promises to be a great evening’s entertainment but remember to make a note of the earlier start times for the firework displays.”

Tickets are priced at £10 adults, £5 children aged between six and 16, while under fives are admitted free.

Family tickets are available at £25, which include two adults and three children. To buy tickets, visit www.westmidshowground.com or search West Mid Showground on Facebook.

Proceeds from the event go to the Shropshire and West Midlands Agricultural Society’s charity, The Rural Charity, which makes donations to various groups and organisations over the year, as well as ensuring the West Mid Showground continues to play a vital part in contributing to the local economy.