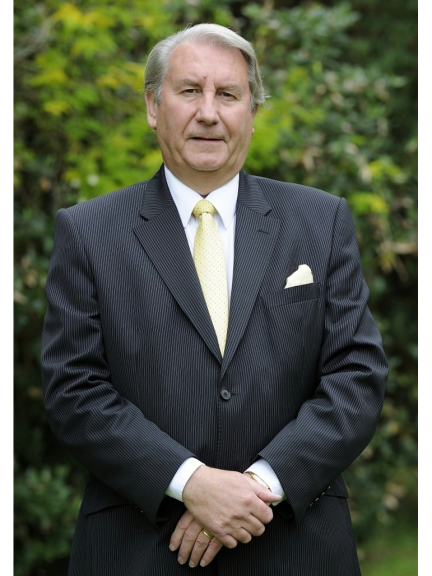 This month’s prestigious Shrewsbury Flower Show is once again welcoming three generations from one local family – itself steeped in horticultural history.

Husband and wife team Aubrey and Ann Kirkham, daughters Selina and Leanne, as well as grandchildren Joshua and Connie, will each be taking on important roles in preparation for the highly-anticipated event, which attracts thousands of people to the town from across the UK and beyond every August.

Aubrey Kirkham of Aubrey Kirkham Funeral Directors, who is Vice President of the Shrewsbury Flower Show, and former Chairman of the Shropshire Horticultural Society, explained: “As a family, we’re proud to have been involved in the organisation of what is such a wonderful event for all, and as we mark our 62nd one this year we’re looking forward to a show that is set to be bigger and better than ever before.

Aubrey’s daughter Selina Kirkham takes responsibility for running the press tent once more – a role she’s held since the 1990s – and elder daughter Leanne Garvey who is now Chairman of The Trades Stands and Catering Sub-Committees, will be responsible for all areas including The Craft Marquee and the new Farmers Market.

Leanne’s children, Joshua, aged 11 and Connie, aged nine, will also be participating. Aubrey’s wife, Ann, has exhibited in the show since the age of five and along with her father, Percy Thrower, has won eight Best in Show awards. This year, Ann will stage a ‘Tribute Garden’ for the late Ivor Davies who, for over 50 years, has served as the Show’s Contractor.

Leanne Garvey commented: “It’s such a pleasure supporting our local community and putting on a show which attracts people from across the globe each year.

"Having full responsibility for the combined Trade Stands and Catering Sub-Committee is hard work of course, but the feedback we receive during the weekend’s festivities is incredibly rewarding and makes it so worthwhile, and gives us the highest level of family involvement.”

Commemorating the centenary of World War I

This year’s event will commemorate the centenary of World War I, and will welcome various celebrity chefs including Tom Kerridge and Marcus Bean, entertainment acts such as the Red Hot Chilli Pipers and The Opera Boys, as well as field gun displays and a stunning fireworks display.