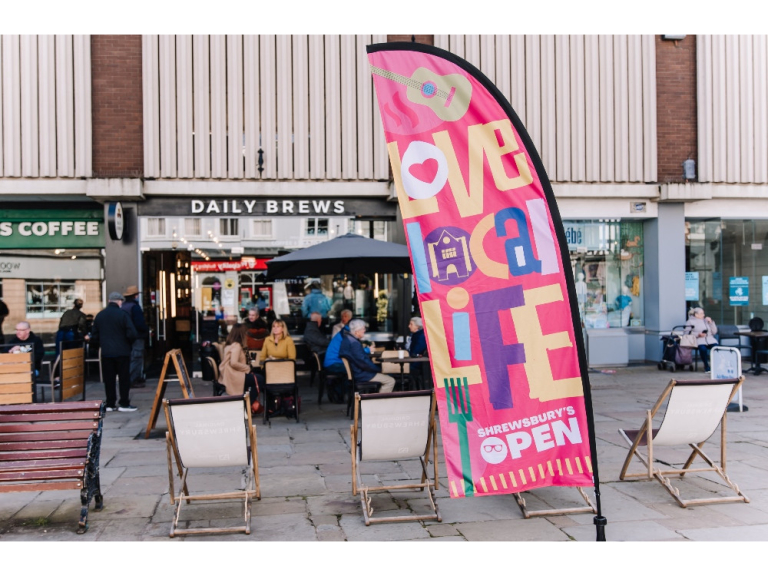 Footfall in Shrewsbury town centre out-performed the national average as shoppers returned to support their local traders in the first week of reopening.

According to data captured by Springboard on behalf of Shrewsbury BID, footfall in Shrewsbury was at its highest since the pandemic began - 17% above the national average for town centres.

Seb Slater, executive director of Shrewsbury BID, said the numbers were encouraging for traders in the town centre.

He said: “It was a really good first week back, it certainly felt vibrant in the town centre, without feeling overcrowded, which is exactly what we were hoping for.

“Footfall was 18% lower than the same period two years ago, whereas the national average was 35% lower.

“It’s encouraging that once again Shrewsbury is out-performing the national average when it comes to footfall, which demonstrates that the town centre is still a very popular destination for shoppers and visitors.

“Our members reported brisk trading throughout the week, which bodes well for a good summer ahead.”

Shrewsbury BID is part of the Shrewsbury Recovery Taskforce along with Shropshire Council and Shrewsbury Town Council, which is working to ensure the town centre is safe and enjoyable for everyone.

A number of safety measures are in place, including traffic restrictions in Wyle Cop, High Street, Castle Street and Victoria Quay to give people more space for social distancing.

Cafes, pubs and restaurants are also able to make use of the extra space by placing tables and chairs on the pavement and in loading bays at certain times of the day.

Bright and colourful banners, bunting and posters have been installed around the town as part of the Shrewsbury’s Open campaign, which will also see a number of outdoor events taking place over the coming weeks and months.