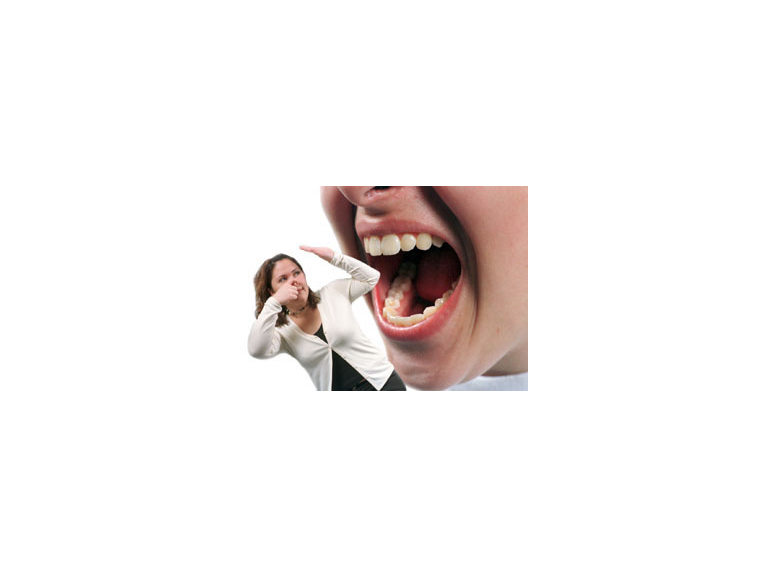 Halitosis – Would You Tell a Friend?

Halitosis, or ‘oral malodour’ or simply ‘bad breath’ is a remarkably common condition and surveys indicate that it affects between 22% and 50% of the population worldwide – that is millions of people.

Even so, it is the elephant in the room and no-one wants to talk about it, but it is the third most common reason for going to see a dentist, after tooth decay and gum disease.  It does have a significant impact both personally and socially on those who suffer from it, or believe they suffer from it.

In the majority of cases (85-90%), the ‘bad breath’ originates from the mouth, partly a result of the presence of certain bacteria in the mouth and partly from their reaction with certain foodstuffs.  The bacteria in the mouth have a role at the start of the digestive process, but on occasions these bacteria can react with certain foodstuffs to produce volatile sulphur compounds and it is these compounds that produce the characteristic odour.  Often the malodour is worse in the morning as the saliva in the mouth dries out and the bacteria and proteins have longer to interact – remember only 53% of the population brush their teeth morning and night

The first stage of treatment is the most difficult and that is coming in to see the dentist and ask the question about halitosis.  Once you are over that hurdle, treatment can be extremely simple; the first step is to minimise the amount of bacteria present, this may involve a professional cleaning with the dentist or hygienist to remove all of the calculus or tartar.  Most importantly it is refining your tooth brushing technique to reach that gold standard; here electric toothbrushes are excellent as they usually have a built-in 2 minute timer to ensure the teeth are cleaned properly.  For some people a simple tongue scraper is really good to minimise the reservoir of bacteria that are present on top of the tongue.

Mouthwashes are often advocated as a way of overcoming halitosis, but in reality most do little more that mask the smell and they are no substitute for brushing your teeth.  However, there are now some new and exciting products emerging and CB12 works by actually neutralising and preventing the formation of the volatile sulphur compounds (VSCs).

The ingredients in CB12, zinc and chlorhexidine, eliminate VSCs from exhaled air, thus preventing bad breath.  CB12 uses zinc acetate to neutralise and prevent the production of VSCs.  Zinc ions bind to the VSCs, and in this way prevent and reduce bad breath.  Zinc has a particular affinity for binding to hydrogen sulphide.  Zinc ions in a solution interact with sulphur to form insoluble sulphides that do not smell.

Now you have got something to tell your friend.......

We are a patient-driven Dentist's in Shrewsbury specialising in cosmetic dentistry. We exceed customers' expectations by providing personalised care in a caring environment.

The Dental Spa
Why not check out this Dentists business in Shrewsbury. The Dental Spa is a 'thebestof' business member.
Latest Articles