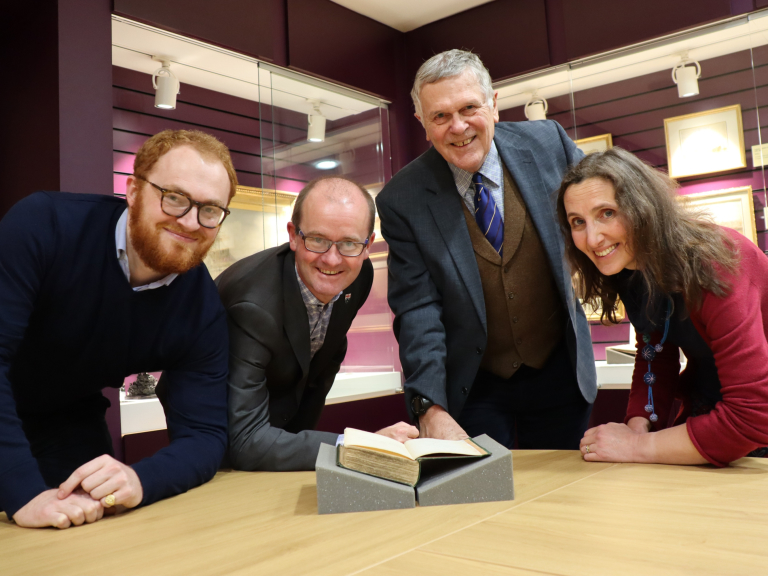 Plans are well under way for the DarwIN Shrewsbury Festival in 2020 - which will include a rare chance to see some of Darwin’s original letters and books at Shrewsbury School.

Private tours of the school’s Darwin collection will form part of the festival in February, giving people the opportunity to see a range of historic artefacts such as two first-edition copies of the groundbreaking On the Origin of Species, including one signed by Darwin and given to his friend, the biologist Richard Owen, who later became one of Darwin's most out-spoken critics.

There will also be free entry to Shrewsbury Museum and Art Gallery on February 14, 15 and 16, and a host of events will be held around Shrewsbury aimed at encouraging curiosity and independent thinking.

The Shropshire Young Thinkers’ Competition organised by Morris & Company with University Centre Shrewsbury (UCS) is already under way, with a theme of Darwin’s 2020 Vision.

This year, creative youngsters aged seven to 12-years-old across Shropshire have been invited to let their imaginations run free to design a striking emblem to celebrate Charles Darwin and his links to the town.

Entries will be judged in the new year when 20 finalists’ designs will be selected for display in a special exhibition at the Shrewsbury Museum and Art Gallery in early February.

The overall winner’s design will feature on flags flying in front of the University Centre Shrewsbury building and on top of Morris & Company. It will also be displayed as wall art on the University campus and available on T-shirts.

The winner will receive a trophy and be treated to a family VIP cinema experience.

It is the third time the competition has been run to celebrate Shrewsbury’s links to Darwin and its success continues to grow. Last year’s letters to Darwin theme attracted nearly 500 entries.

This time, organisers are inviting memorable designs with the theme open to interpretation. Celebrated Shropshire artist Linda Edwards is one of the judges, a professional illustrator for over 25 years with a passion for fine art and painting.

In a call out to entrants, Anna Sutton, Provost of University Centre Shrewsbury, said: “The great man is your subject and Shrewsbury is the place. We are very much looking forward to seeing how you visually interpret Charles Darwin and will proudly display the winning submission in and above our building. Best of luck to all.”

“It is a great way to highlight the imagination and talents of young people and already we have over a hundred entries with three weeks to go, so I am looking forward to the tricky task of selecting our 20 finalists and of course, our winning design.”

The festival is coordinated by Shrewsbury BID, University Centre Shrewsbury, along with a range of other partners who organise events.

He added: “Once again there will be a whole range of inspiring events being held by people passionate about encouraging curiosity and independent thinking, just as Darwin’s open mind helped him change the course of history as we know it.

“Watch out for more information over the coming weeks and in the new year when more details about the festival will be announced.”

World Tennis Tour to return to The Shrewsbury Club next month

How to switch internet providers
Sign up for offers
Sign up for what's on guide
Become an author
Popular Categories
By clicking 'ACCEPT', you agree to the storing of cookies on your device to enhance site navigation, analyse site usage, and assist in our marketing efforts.
For more information on how we use cookies, please see our Cookie Policy.