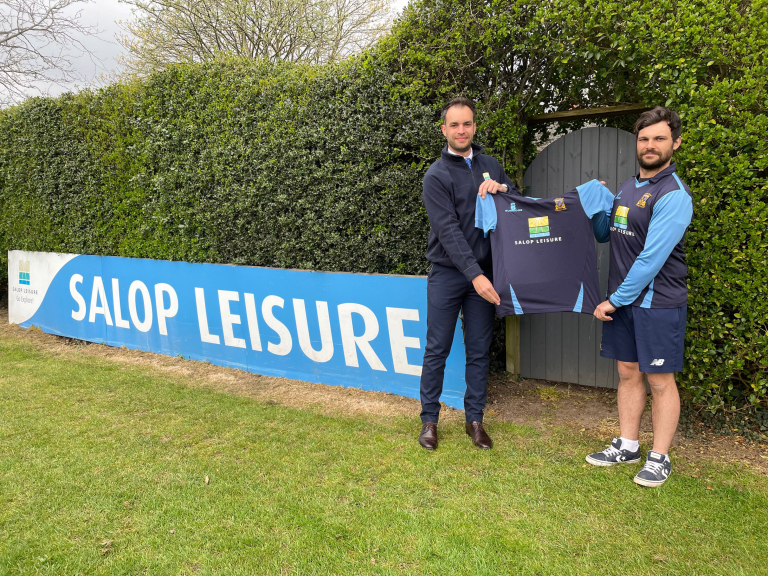 Shrewsbury Cricket Club has been bowled over by a new two-year sponsorship deal with an award-winning town business.

Salop Leisure has agreed to sponsor Shrewsbury’s coloured kit, having previously supported a popular annual Twenty-20 Tournament involving Shropshire clubs. The company also has an advertising board on the club’s London Road ground.

The Emstrey-based caravan, motorhome home dealership has been a long-time supporter of the club, which has consistently competed at the top of Birmingham and District Premier Cricket League, one of the strongest leagues in the country.

Shrewsbury’s first team made a promising start to the new season with a 125-run victory at Knowle and Dorridge and chairman Rob Foster is keen to see the club’s young players continue to progress.

Names to watch out for include first team opener Dan Humes, who scored 120 off 55 balls against Worcester Academy recently and all-rounders Sam Ellis ad George Garrett who is on Warwickshire County Cricket Club’s books.

Foster revealed the club is fielding four senior teams and three junior teams this season, with around 100 junior players signed up.

“We have quite a young first team and we are trying to progress year on year without putting the weight of expectation on the players,” said Foster.

Referring to the new sponsorship deal, he added: “Given the impact of the last 12 months on everyone, the club appreciates greatly the continued support of Salop Leisure, a company well known not just in Shropshire but throughout the UK. It’s a relationship we really like.

“We are fortunate that the company’s chairman Tony Bywater has been so supportive over the years.”

Salop Leisure’s marketing manager, Ed Glover, said the company is proud to be associated with Shrewsbury Cricket Club, one of the most successful sports clubs in Shropshire.

“We are delighted that the club continues to provide opportunities for talented young cricketers, many of whom have progressed to play first class county cricket. We enjoy supporting local sports clubs and leagues.”