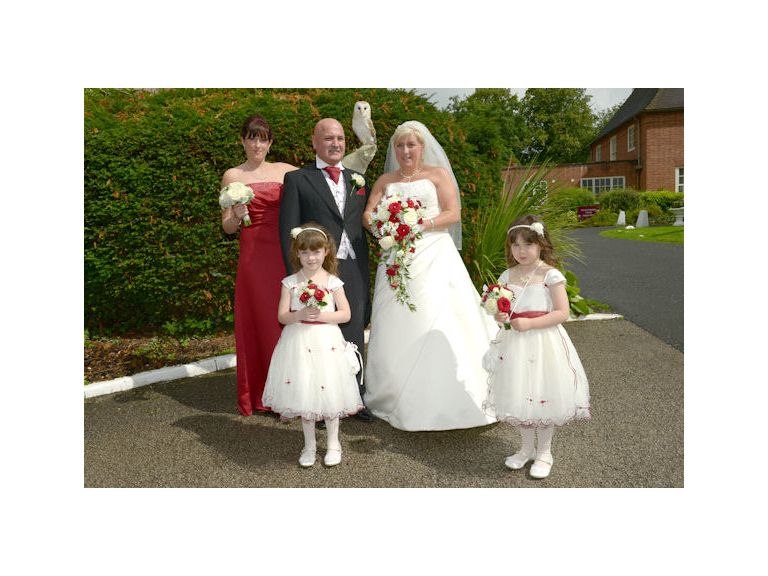 They met over 30 years ago at a fairground as teens and then lost touch while Ken Hardiman went to fight in several warzones and Mandy Horvath was left thinking what if....But a campaign by Ken to find his long lost Shropshire love came up trumps and the day they met up Ken vowed to never let her go again.

On Saturday (August 25), Mandy and Ken tied the knot at the Albrighton Hall Hotel near Shrewsbury in a lavish, glitzy fairground themed wedding to replicate how they met as teens in 1980 when Mandy worked at a fair in Tenby.

The childhood sweethearts became pen pals while Ken was in the army and when he returned to Shrewsbury where Mandy, now 50, lived, they fell in love and became engaged.

Ken, from Kidderminster, was soon posted to Northern Ireland, eventually met someone else due to the long periods apart and called Mandy to break off their engagement.

The pair both moved on and married other people, but Ken says he never got over how he ended his relationship with Mandy and while serving in war zones including The Gulf War, Bosnia as well as Cyprus, Germany and Canada, he said he would often look at the stars and think of Mandy wanting to apologise to her.

As their respective relationships broke down, Ken found himself thinking of Mandy and still wanting to apologise. He went on radio stations making a plea to find her and scoured facebook looking for her.

But he was looking under her former name and came up with nothing - to the point where he was about to quit the social networking site forever – until he looked on the page of the fairground where they met and there she was!

Ken, a fire officer with the West Midlands Fire Service, said: “As soon as I saw Mandy’s face on facebook, I recognised her, even after all these years. After we met in Shrewsbury, I pulled over on the M54 on my way back home and vowed I was going to marry her and not lose her twice.”

Mandy, a school cook at Harlescott Juniors, said: “Within six weeks he proposed and I accepted. It was like we had never been apart. Its feels magical. We actually feel like we are 19 again and are getting married as if we were teenagers, like the first time around.”

The service and reception at The Albrighton Hall Hotel in Shrewsbury includes a real chimney sweep for luck, an owl is flying in the deliver the ring to Mandy’s daughter Vikki to hand over, there will be fireworks, ornamental fairground carousels, tables named after different fairground rides and a dodgem themed cake to show all the fun of the fair.

Mandy added: “Albrighton Hall Hotel was our first choice because it’s so beautiful and with all the feathers, lights, the balcony, it just looked so romantic and like a fairytale - just like our marriage.”

Fiona Clarke, Business Development Co-ordinator at the Albrighton Hall Hotel, said: “Hosting weddings is our business and we love seeing all our couples marrying here. But it’s extra special when we get to hear a story like Mandy and Kens.

"Mandy knew exactly what she wanted the wedding to be like with special touches from the ceremony to the reception which demonstrate them as a couple and their story.We were happy to help their fairytale come true.”