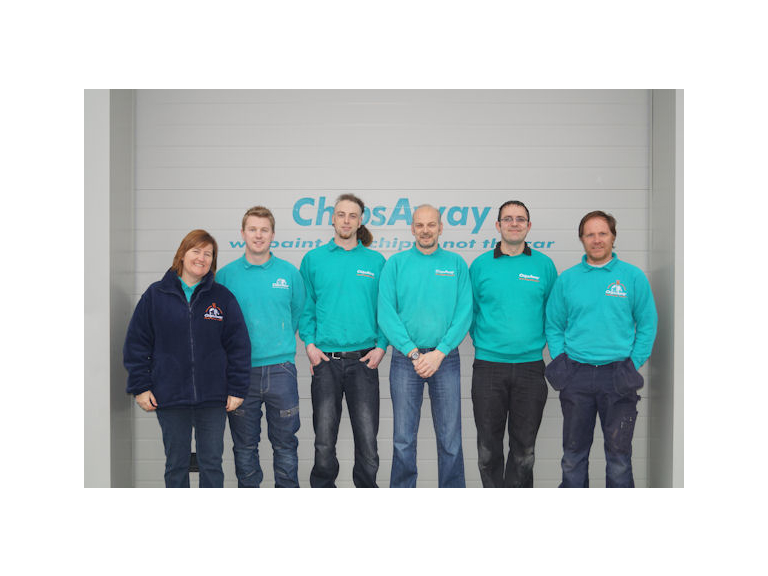 When car fanatic Stuart Williams decided to become his own boss and take on a new franchise based in Shrewsbury he operated with just a single van.

Now in 2013 he is celebrating the 14th anniversary of the leading minor car body repair specialist in Shrewsbury, ChipsAway, and said its success was down to the hard work of his staff and great support from customers.

Mr Williams, managing director of the leading minor car body repair specialist on the Benbow Business Park, said his love of cars began at an early age but his career did not initially follow that path.

“I had quite a few, and varied types of jobs, and although in my last employed role l had enjoyed a successful career with a major construction company, l had always wanted to be my own boss, and make all my own decisions,” he said.

“l decided it was time to branch out on my own and after investigating different opportunities, l decided to take on a ChipsAway franchise.”

After starting training in January 1999 the father-of-two ventured out in his van.

He added: “After demonstrating my commitment, service and ability, l developed some great working relationships with car dealerships, and soon built up a regular round. I was even able to take on extra help on my van.

“With hard work and commitment to quality and service, demand enabled us to expand even further with an additional franchise territory covered by an extra van and operator.

“The opportunity then arose to move into fixed premises and expand our business by offering our services to the retail market as well as trade accounts.

“We have now been in our Car Care Centre premises on Harlescott Lane for more than eight years, and expanded our range of services to include other automotive services such as engine remapping, window tinting, vehicle wrapping, as well as the paintwork and alloy wheel repairs we have carried out since day one.”

Mr Williams said: “Our team now numbers six, and with their efforts and fantastic customer care, this has fuelled our continuing expansion of new products and services, as well as maintained our relationships with our existing customers.

“The success of the business could not have been achieved without the superb attitude and hard work put in by the staff, and the fantastic support of all of our customers both old and new.

“I would personally like to thank all the staff and customers, who have helped us to develop the business from a man-in-a-van operation, to our business as it is today.”