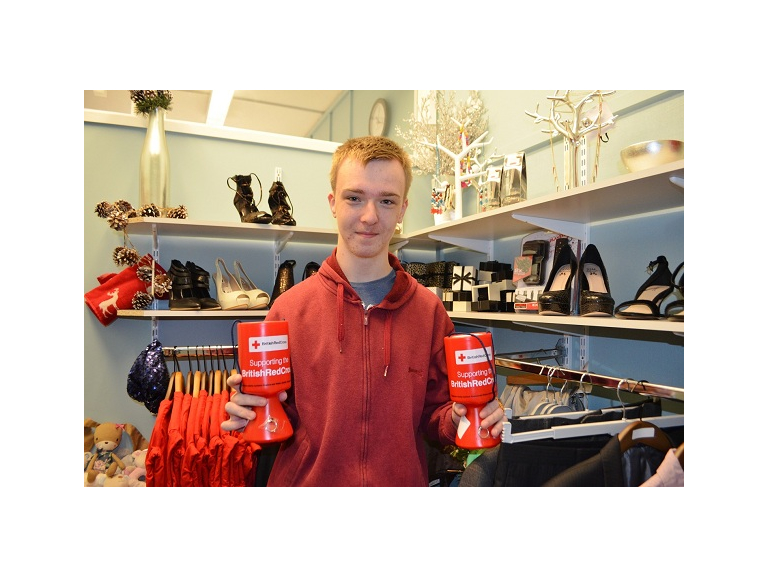 Students and staff at Shrewsbury College raised over £1000 in five days for four major UK Charities.

Over £450 was raised during Monday’s Remembrance ceremony for Help For Heroes and the British Legion. The College hosted a Remembrance breakfast serving baps and drinks to students, staff and invited guests – including current and ex-military personnel.

Wednesday saw the re-opening of the College’s British Red Cross Shop, selling donated vintage clothes, shoes, home wares and Christmas decorations. Over £500 was raised in the first couple of hours – all of which will be donated to the Red Cross’s Typhoon Haiyan Appeal.

Throughout the week, enrichment students took part in cake sales around campus, in order to raise funds for Children in Need, and on Friday student volunteers dressed up in their winter onesies and spent the morning collecting donations.

Phil Castle, Progression Specialist at the College said: "A big well done to all of our students and staff who helped make this week of fundraising so successful. The College prides itself on its ability to bring everyone together in a warm and friendly atmosphere. We managed to raise over £1000, which is a phenomenal amount.

“We are now looking forward to  our Christmas Party in association with the British Red Cross for the Shropshire Young Carers, which will be held at the beginning of December. We have invited young carers from around Shropshire to attend the complimentary party in the Performing Arts Theatre, where there will be food, entertainment, a pantomime and disco.’’