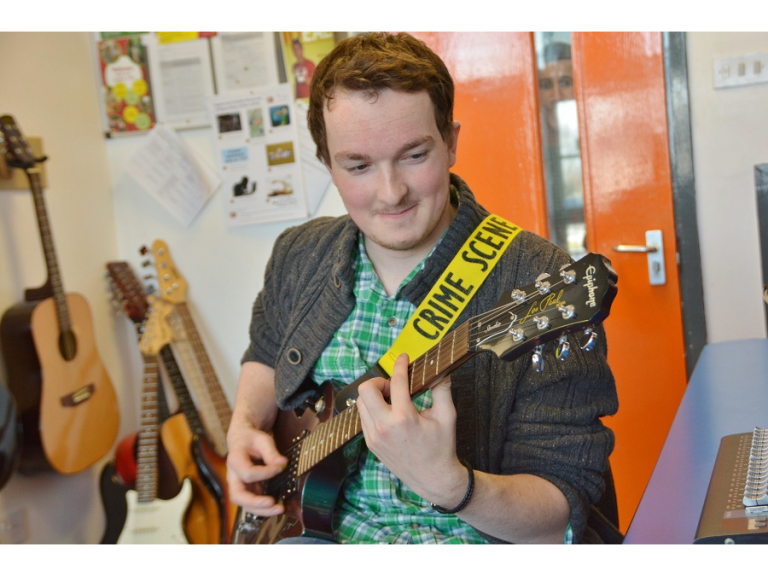 Shrewsbury College has launched two new professional music studios to help train the next generation of musicians and industry professionals.

The fast-paced music industry has undergone drastic changes in recent years due to the widespread digital distribution of music. Trade reports published in September 2014 show the British music industry contributed £3.8bn to the UK economy in 2013.

As part of the £15million redevelopment at London Road, the College has built two new, industry standard, sound proof, music studios to help train students up to face the exciting challenges this industry provides.

Rob Wear, Music Lecturer at the College, said: “The new music studios were built late last year and now our students benefit from having access to three fully functional, state-of-the-art studios, both in the classroom environment and for hire in their own spare time.

“It's important for us that our students receive the best professional training possible, whether that be having access to industry-standard equipment or to experience producing and performing live music events.

“We've been overwhelmed with the passion our students have for music and how many of them pursue music in their own time and take full advantage of the studios.”

One such music students is Ed Brown, 19, from Shrewsbury, currently in his second year of the Music course and planning on going to Bucks New University in High Wycombe to study Music Performance Management. He said: “I love music. It's the only thing I’ve ever wanted to do. I was told at a young age that I couldn't do it because I was partially deaf, but that's never stopped me – in fact it's made me more driven.

“My real interest is in singing and playing the guitar. During my time here at the College I have been lucky enough to have had access to great facilities and been taught by extremely supportive tutors.

“I came to the College because I thought it would be the perfect stepping stone for my career. During my time here I’ve produced my own EP – three songs of which have been played on BBC Radio Shropshire's Introducing show, which the tutors encourage us all to take part in.

“I've also set up my own music website whilst here, with help from Rob.
I really enjoy performing my music, so being able to take part in gigs at local venues set up through the College is a real plus for me. There is a real buzz around the music department and now that we have more studios, there is always music being made and played.”

Shrewsbury College has always had strong ties with the music industry and in particular with Indie Rock band, The Charlatans, whose drummer, the late Jon Brookes was a regular visitor to the College and helped to launch the Roland Academy in 2009.

Since his sad death in 2012, his band member and Bass Guitarist, Martin Blunt, has stayed in contact with the College on his behalf.  He presented the prestigious Jon Brookes award at the end of year Music award ceremony last year in honour of his band mate.

For more information about Music courses at Shrewsbury College or to find out about hiring the music studios, please visit www.shrewsbury.ac.uk or call 01743 342411.