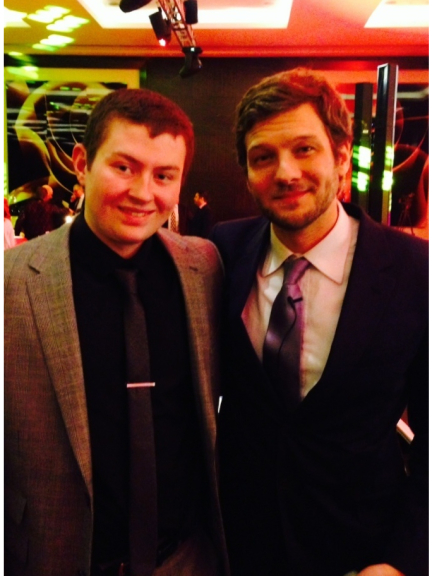 A Shrewsbury College Apprentice attended the national finals of a prestigious construction competition this month after winning the regional title.

Aaron Hughes, 17, from Shrewsbury, currently studying his Level 2 Apprenticeship in Brickwork and working for English Construction, attended London’s Westminster park plaza Hotel for the Federation of Master Builder’s Apprentice of the Year Award 2015 finals. He was announced as the winner of the Midlands regional round earlier this year.

“I was nominated for the award by English Construction and actually winning the regionals of the competition came as a bit of a surprise to me,” explained Aaron. “I was really chuffed and my family were very proud of me.”

The Federation of Master Builders (FMB) is the UK's largest trade association in the building industry and during the finals in London Aaron was awarded his regional winning certificate by Channel 4’s Building the Dream and Homes by the Sea, presenter, Charlie Luxton.

“It was a really fun opportunity to go down to the national final in London. Meeting Charlie Luxton, who has been on a lot of building programmes and receiving my certificate from him was a really unique opportunity.

Nathan Buckley, site manager at English Construction, won the Master Builder Regional Apprentice of the Year Awards himself in 2011. The company currently employs three apprentices from Shrewsbury College. He said:  “Aaron has been working with us for 18 months on the £multi-million renovation of the historic Lady Forester Nursing Home in Much Wenlock. He’s getting on really well with us and in his Apprenticeship, according to his Shrewsbury College tutor he is really advanced for his level.

“To win the regional award is a fantastic achievement and the judges were just as impressed with his attitude as we are. He’s the third winner of this title from our company. We had a great time at the national awards ceremony in London with him where he met TVs Charlie Luxton. We are proud of Aaron and think he will do well in his career.”

For more information about Apprenticeships or Brickwork at Shrewsbury College please call 01743 342411 or visit www.shrewsbury.ac.uk