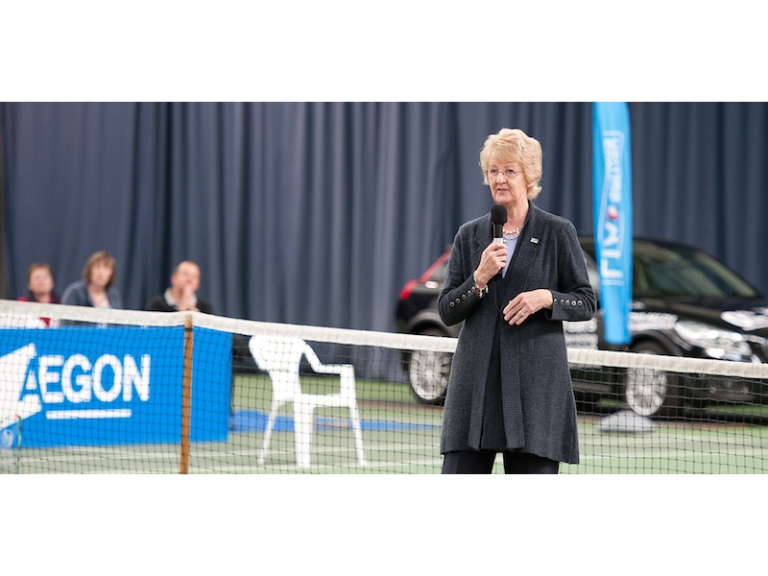 They will both share stories from the highest level of the game with guests at the dinner to be held at The Shrewsbury Club on Friday, February 19, the eve of the Aegon Pro-Series men's final at the venue the following afternoon.

Dave Courteen, the club's managing director, said he was delighted to have lined up such an exciting double bill of speakers for an event which will be a celebration of the historic Andy Murray-inspired Davis Cup victory against Belgium in Ghent in November.

The glittering Davis Cup trophy will take pride of place at The Shrewsbury Club for the dinner and guests will have the opportunity to be photographed alongside the silverware.

"Nick has a great story to tell as he and Leon were appointed together and they have really driven the Davis Cup success. They took on the GB team when they were about to get relegated to the bottom tier and had just lost to Lithuania, but since then they've not looked back.

"It's been an incredible rise and Nick is going to talk about that journey and what it was like to coach Andy and Jamie Murray together with the rest of the team.

"Nick worked out with them their strategy all the way through the tournament and was also responsible for warming them up, so it's going to be a fascinating insight into the Davis Cup."

He added: "Nick also used to be a doubles partner of Tim Henman's at a number of world events. He played on the tour and was world ranked, so he's got plenty of experience."

LTA President Cathie Sabin, recently awarded the OBE, will also entertain guests by sharing her experiences in the high-profile world of professional tennis.

Dave said: "We invited Cathie to speak at one of our dinners just as she was about to become the LTA President three years ago and she gave an insight into what she was looking forward to.

"Now she's into her last year in the role we're looking forward to hearing from Cathie just what it's been like to be on court after the Wimbledon finals presenting the trophies to the winners and what it was like to go on court in Ghent and receive the Davis Cup on behalf of the LTA.

"She's had some amazing experiences in her three years and recently returned from the Australian Open, so Cathie will be coming back to Shrewsbury to talk about those experiences."

Tickets priced £35 each are selling fast while tables of 10, which also include two complimentary bottles of wine, are also available at a cost of £350.

Qualifying for the $10,000 Aegon Pro-Series men's tournament starts at The Shrewsbury Club on Sunday and the main draw gets under way a week on Tuesday, February 16, with admission free for spectators to watch world class tennis.