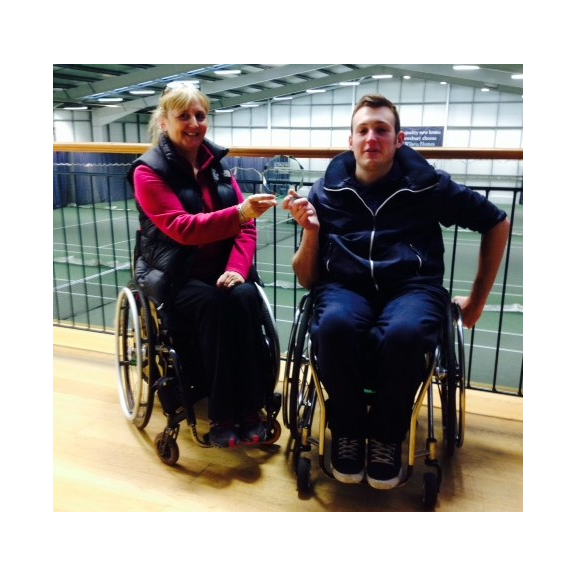 The Shrewsbury Club are determined to make this weekend's Shrewsbury Summer Open bigger and better than ever after being recognised as the best venue on the Tennis Foundation Wheelchair Tennis tour last year.

A host of talented wheelchair players, among them several locals, will compete for honours in the development series tournament which takes place at the Sundorne Road complex this Saturday and Sunday (12th and 13th).

Players will have the opportunity to familiarise themselves with the surroundings at an open coaching session on Friday afternoon ahead of the tournament getting under way.

Nigel Hunter, director of tennis at The Shrewsbury Club, said officials at the club were excited to be staging one of the rounds in this prestigious tournament again.

He added: "This is a great series and we were really proud to be voted tournament of the year last year. We had the highest entry of any of the other events and everyone was impressed with the facilities we have to offer.

"We're going to look to make it bigger and better this year and there will be lots of exciting tennis played over the weekend.

"It would be lovely to see lots of people coming along to the club to see the quality of tennis being played and admission is free.

"The main tournament will start at 10am on Saturday morning while there will also be a one up one down competition at 3pm on Saturday afternoon involving both wheelchair and able bodied players."

Top Wheelchair players in the country

Chris Hinks, chairman of Tennis Shropshire, said this was a tournament he always enjoyed watching.

He added: "It's always great to watch some of the top wheelchair tennis players in the country competing and I know they all really enjoy coming to The Shrewsbury Club with its excellent facilities.

"Tennis Shropshire are pleased to be a sponsorship partner for this tournament."

Scott Smith, who has helped organise this weekend's competition, said more than 30 players would be competing.

"The Shrewsbury Club is a great place to play wheelchair tennis," added Scott. "Other events in this series are held in places like Belfast and Edinburgh but we have a bigger entry of players for the Shrewsbury tournament than anywhere else.

"It's part of the development series which is aimed at getting people involved in playing and there's a good mix of players taking part this weekend, quite a few of them based locally, but we will also have people travelling from Scotland and London to take part."

Scott said anyone interested in finding out more about playing wheelchair tennis at The Shrewsbury Club can call him on 07950 404505.

The Shrewsbury Club is firmly established as a national venue for top professional tennis tournaments.