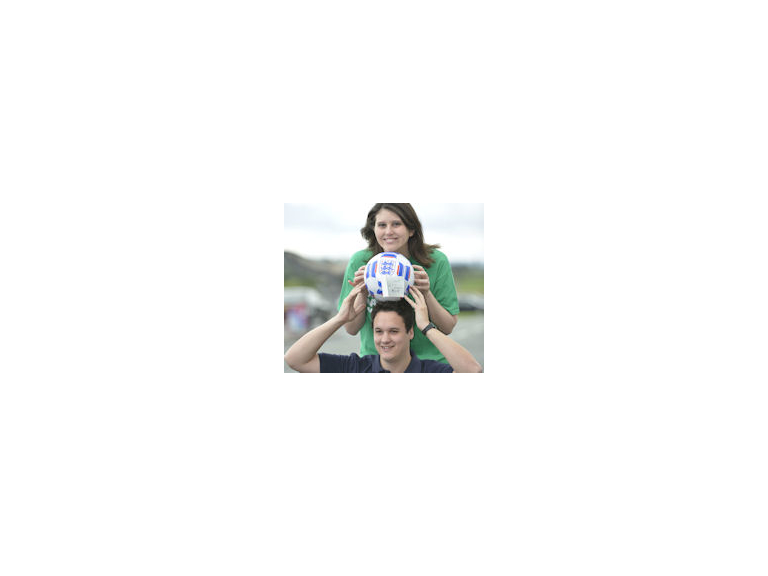 England’s footballers gave Macmillan Cancer Support in Shropshire a £250 boost by reaching the quarter finals of Euro 2012 in Poland and Ukraine.

Award-winning caravan dealership Salop Leisure in Shrewsbury pledged £50 to the charity for every goal scored by England during the tournament, which was won by Spain.

Joleon Lescott netted £50 for Macmillan in the first game, a 1-1 draw with France, Andy Carroll, Theo Walcott and Danny Welbeck added another £150 in the 3-2 victory over Sweden and Wayne Rooney’s goal added the final £50 in the 1-0 win against Ukraine.

Sadly, for England and the charity, England bowed out on penalties to Italy in the quarter finals after a goalless 120 minutes.

“As a company we wanted to do something constructive to celebrate Euro 2012 while at the same time supporting our adopted charity,” explained Scott Higgins, Salop Leisure’s marketing manager.

“We would all have liked England to have gone on and won the tournament, which would have been goods news for both the fans and Macmillan Cancer Support, but it was not to be.

“At least the goals that England scored have given a boost to the wonderful work carried out by Macmillan Cancer Support in Shropshire.”

One in three people will be affected by cancer and every donation that we receive helps us to provide medical, financial, practical and emotional support to those affected and their families."

Shrewsbury officially one of the happiest places in the UK