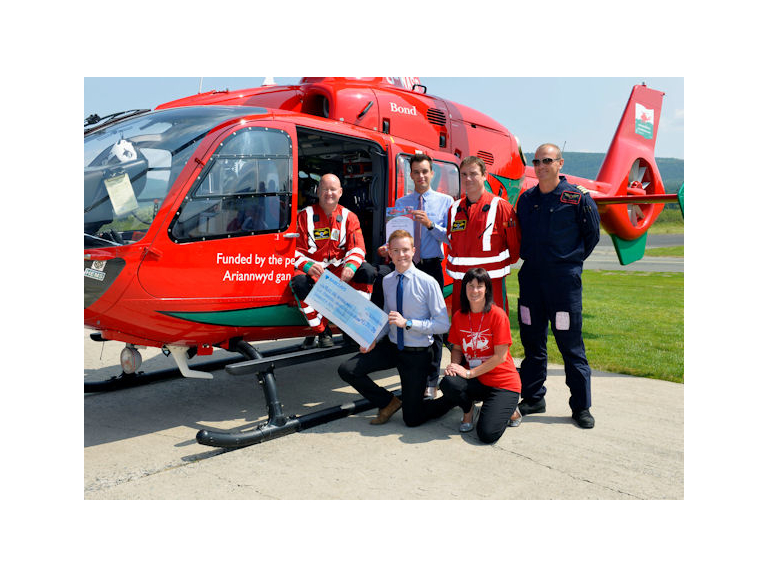 A team of buccaneers from a leading Shropshire and Mid Wales caravan and motorhome dealership made a splash in a sponsored raft race earlier this summer by raising £671.76 for the Wales Air Ambulance.

The seven-man team from Salop Leisure in Shrewsbury built an eye-catching raft in the shape of a caravan for the Morris Lubricants charity raft race on the River Severn in the town.

Despite finishing next to last, due to the raft being much heavier than its rivals, the team drew warm applause from spectators. The annual race, which is part of Shrewsbury River Festival, hopes of have raised around £5,000 for the Midlands and Wales Air Ambulances Services, Morris Lubricants’ adopted charities this year.

“The caravan raft was one of the main talking points after the race and the team is already planning a lightweight version to compete next year,” said Salop Leisure’s chairman Tony Bywater.

“It was a terrific marketing exercise for the caravan industry and we are delighted with the money raised for the Wales Air Ambulance, which provides a fantastic service to people in need of emergency medical support.”

Help for sleep apnoea in Shropshire