A new sculpture, which promises to be a company’s most spectacular yet, will be revealed at Shrewsbury Flower Show on August 12 and 13.

The sculpture, the identity of which is being kept a closely guarded secret, will make its debut at the flower show before settling in to its new home at the entrance to caravan, motorhome and campervan dealership Salop Leisure’s Emstrey headquarters in Shrewsbury.

“Our new sculpture will be spectacular,” promised Salop Leisure’s chairman Tony Bywater. “There isn’t anything quite like it in the country and we can’t wait for all to be revealed at the flower show. It will definitely be eye-catching.”

Salop Leisure has previously commissioned a Welsh dragon named Dewi and an eagle sculpture for its headquarters, but these have now moved to Castle View and Min-y-Don Holiday Home Parks in Harlech. 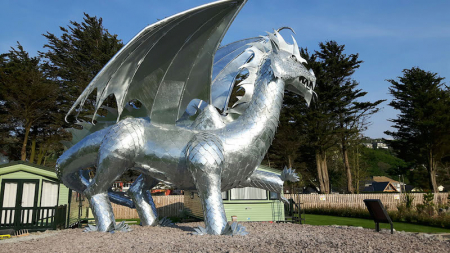 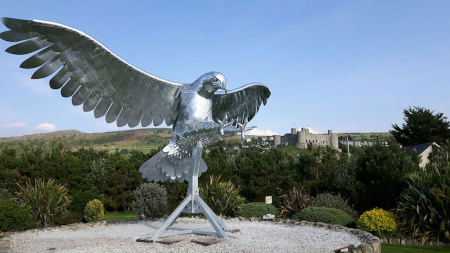 “These sculptures are a very worthwhile investment in works of art and a point of difference on our parks which are appreciated by our customers,” said Mr Bywater. “Dewi has turned heads and been a real talking point wherever he has been and we are delighted that he’s now in Harlech where he looks fantastic set against the backdrop of Harlech Castle, a World Heritage site.”

The sculptures have proved so popular in Shrewsbury that passing motorists and bus passenger have stopped to have their photographs taken with them.