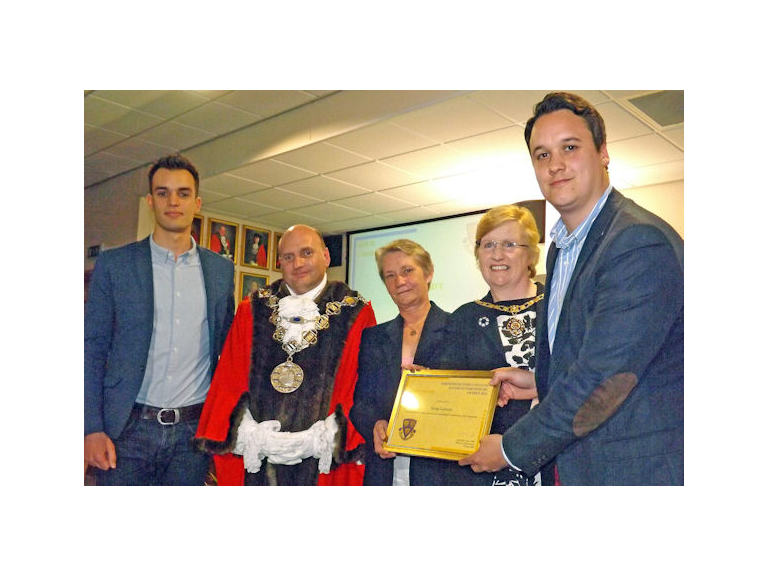 A Shrewsbury-based caravan and motorhome dealership has added another accolade to its collection after winning a gold award for outstanding contribution to the community.

Salop Leisure, which earlier this year received certificates from the National Campaign for Courtesy in recognition of exceptional courtesy, received the latest honour in the Mayor’s Awards for Shrewsbury.

Mr Higgins said the company was delighted to receive the award so soon after the Campaign for Courtesy recognition and he thanked Cllr Tandy for his outstanding service to the town during his busy year in office.

Mr Higgins (right) is pictured receiving the award from the mayoress Dianne Tandy watched by (from left) Ed Glover, Cllr Jon Tandy and Liz Hall from the Campaign for Courtesy.