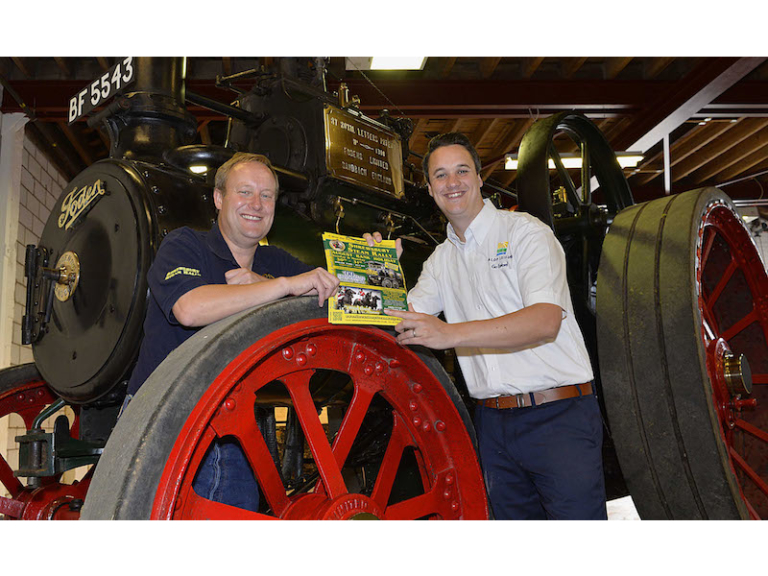 Caravan and motorhome dealership Salop Leisure will have its biggest ever stand at Shrewsbury Steam Rally next weekend as it celebrates 25 years of exhibiting at the popular Bank Holiday event.

Held at Onslow Park, Shrewsbury on Sunday and Monday, August 30 and 31, the rally attracts thousands of visitors, including many caravan and motorhome owners.

Salop Leisure, which has its headquarters at Emstrey, Shrewsbury, will have a caravan holiday home, eight new and pre-owned touring caravans and motorhomes on display at the two-day event, which is traditionally one of the most successful for the company.

“The steam rally is one of the key events in our calendar in terms of brand awareness and sale lead generation,” said Scott Higgins, Salop Leisure’s, sales and marketing manager. “As it’s our 25th consecutive year as an exhibitor, we are pulling out all the stops.

“The event attracts hundreds of existing caravan and motorhome owners, many of whom are exhibitors as well as families, who may not be aware of how much modern caravans and motorhomes have changed and advanced in recent years.”

This year’s rally, organised by The County of Salop Steam Engine Society, celebrates the 100th anniversary of Sentinel factory being established in Shrewsbury.

Society chairman Edward Goddard said he was delighted that Salop Leisure, as a major Shrewsbury company, was again supporting the rally with an even bigger stand this year and he was hoping for fine weather and a bumper crowd over the weekend.

Steam-powered vehicles of all kinds will be in action and on static display over the weekend. There will be more than 1,000 exhibits including steam-powered tractors, cars and other vehicles of shapes and sizes, historic military vehicles, veteran and classic cars and commercial vehicles, class motorbikes and vintage tractors, fairground organs and other machinery.

Apart from the main arena, where there will be parades of vehicles and other attractions, there will be static displays and a working field with a range of demonstrations showing the history of farming through the last century. Always a popular attraction are the teams if shire horses ploughing part of the site.