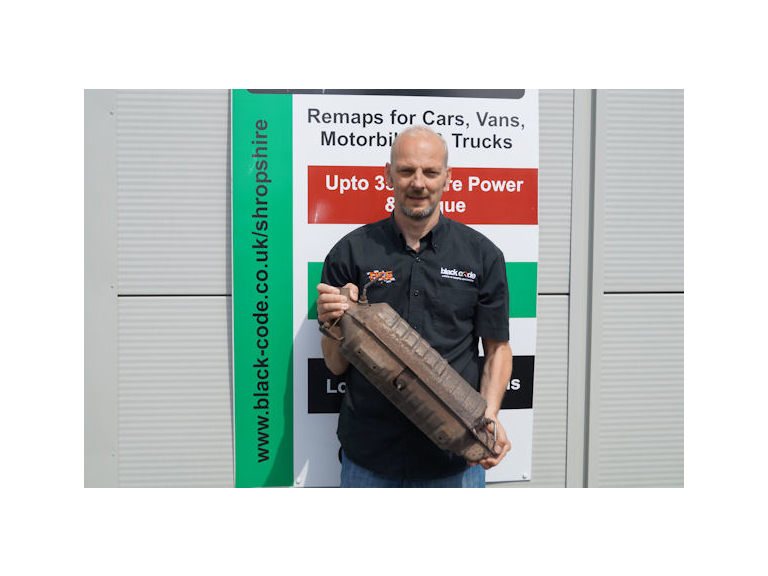 Owners of diesel cars in Shropshire could be unwittingly risking expensive repairs simply by the way they drive, the owner of a county car tuning business has warned.

Stuart Williams, from Black Code Shropshire vehicle re-mapping services, has seen an increase in the number of enquiries from people wanting the diesel particulate filter, or DPF, removed from their vehicles.

He said the vast majority of affected drivers who ended up with problems from this part were unaware their car even had one.

A DPF is fitted in the exhaust system and was added by manufacturers several years ago as an interim solution to meeting Government emissions targets, rather than immediately re-designing their engines to reduce CO2s output.

It collects soot, a by-product of engine running, which it then “blows out” when full but only if the vehicle is driven under certain conditions. This means the filters are prone to getting clogged and can subsequently resulting in very costly engine/turbo damage.

“Broadly speaking, for a DPF regeneration to work, you need to have driven at 40-60 miles per hour with the engine at full operating temperature for at least 10 minutes,” said Mr Williams.

“With the stop-start nature, short journeys and relatively slow speeds of town driving, more drivers are finding themselves with an expensive repair job.

“The first most drivers will know about the problem is a warning light on their dashboard, which is prompting them to drive in a way to clear the DPF but few realise that.

“Repairs needed as a result of a blocked DPF are rarely covered under warranty, as the car’s handbook explains the process to clear it and why it must be carried out.”

Fortunately, Mr Williams added, the simple solution was to simply have the DPF removed from the car.

“At Black Code Shropshire, we can remove the DPF from your vehicle without any adverse effects. In fact, it can even improve the performance,” he said.