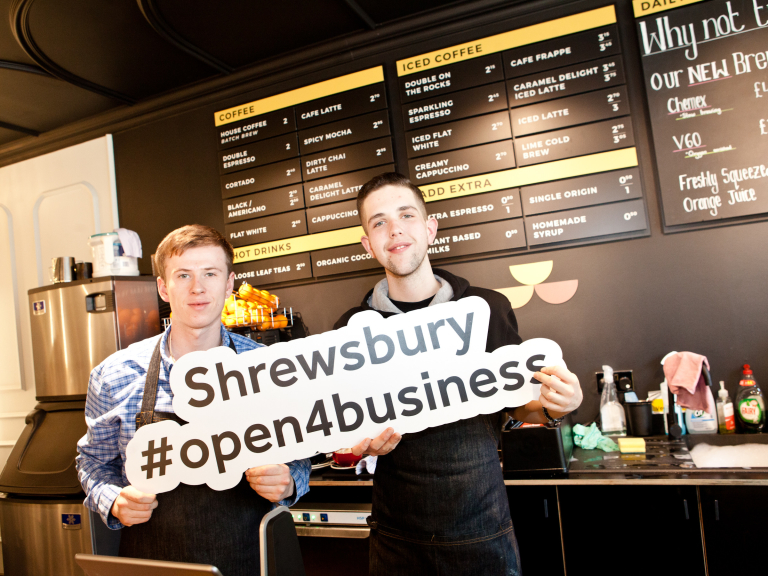 Businesses in Shrewsbury are being reassured that financial support is on its way to help them recover from the devastating flooding.

Shrewsbury BID (Business Improvement District) is urging all businesses in the town centre to urgently share information about how they have been affected.

Seb Slater, executive director of Shrewsbury BID, said more than 130 businesses had so far completed a survey launched by the BID and Shropshire Council, but it was vital that as many businesses as possible added their voice.

He said: “The survey is on the BID website and is being shared by all partners. It’s really important that everyone has their say so we can get a complete view about how businesses have been impacted - whether directly by floodwater or indirectly by a loss of trade.

“We have been speaking with Shropshire Council throughout the last two weeks and are sharing all of the information from the survey with them.

“We are doing a lot of work to investigate other funding sources, including the Marches Local Enterprise Partnership (LEP), and are hopeful that further support will be available.

“We will also be meeting with the local MP to share the evidence gathered through the business survey so he can take that directly to the Government to lobby for funding to help the recovery campaign.

“Along with Shropshire Council and Shrewsbury Town Council, we have already started extensive awareness campaigns which will continue over the coming weeks and months to encourage visitors back to Shrewsbury.

“It’s great news that Shropshire Council have quickly launched a free Park & Ride promotion for the next two weeks.

“These floods have been awful, but we are determined to look to the future with a positive attitude and will be doing everything possible to make the rest of this year a success for the town centre.”

Footfall counters administered by Shrewsbury BID recorded a drop of 40 per cent on Monday and Tuesday compared to last year, and a drop of around 15 per cent over the previous weekend.

“Even though the majority of town centre businesses remained open during the flooding, trade has been hit really hard,” Mr Slater said.

“We need to reiterate the message that Shrewsbury is open for business and we need people to come out and support their town centre.”