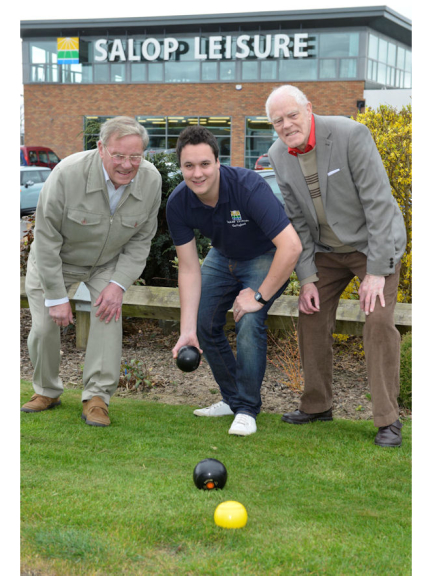 Shrewsbury and District Senior Citizens Crown Green Bowling League is back to full strength for the 2013 season with 56 teams signed up in four divisions.

The league, which started on April 4 and runs until September 19, has nearly 700 senior citizens registered, including president Bill Garratt who still bowls for Atcham at the age of 96. T

here are 29 member clubs spanning an area stretching from Llanrhaeadr y Mochnant and Oswestry Church in the north to Church Stretton in the south.

Matches are played on a Thursday and the league welcomes both men and women. Sponsor for the sixth season is Shrewsbury based caravan dealership Salop Leisure, whose chairman Tony Bywater says the company is delighted to be associated with such a successful and well run league.

“Many of the players in this league are caravan owners and customers of Salop Leisure who stay active and make the most of their leisure time in retirement,” he added.

“The fact that the league is back to full strength this season underlines just how popular it is with senior citizens across Shropshire and the Welsh border.” Major competitions to be held at Severnside Bowling Club, Shrewsbury this season are the Wilf Onions doubles on August 5, finals day on September 23 and President’s Day on September 26.

The league also plays a representative match for the Dixon Cup against Mid Shropshire Seniors League on September 2.

“We are very grateful for the continued support of Salop Leisure, which has enabled us to keep the subs for teams at £20 for quite a few years,” said Mr Jackson.

“The league provides friendly competition and a valued social activity for retired people to enjoy every Thursday. When the games are finished, we all enjoy a cup of tea, a few sandwiches and lots of banter.”