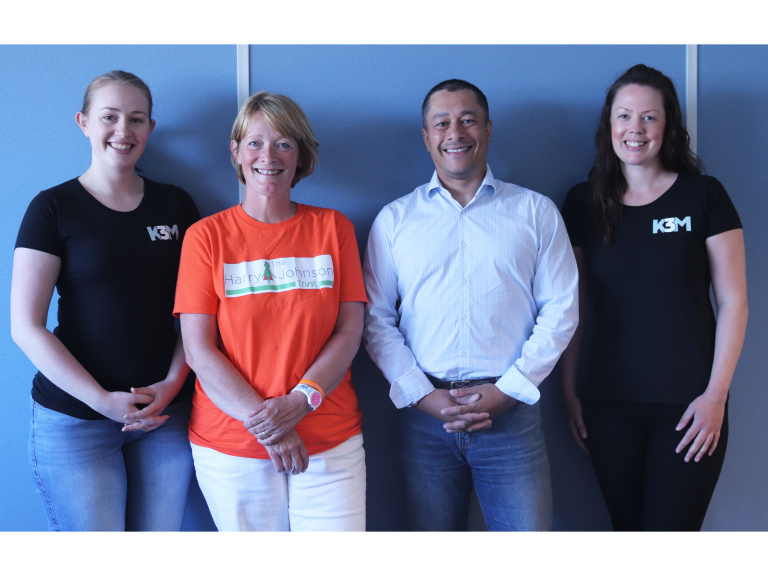 Key 3 Media has announced that they are supporting The Harry Johnson Trust in order to help the charity gain more promotion.

The marketing agency has recently undergone business expansion, working for companies further afield in Cheshire and London as well as their home county. With their growth, they decided it was time to give something back to the local community.

Rather than selecting a charity at random, they decided to take to their social media channels and ask people to nominate their favourite. They asked for people to suggest local charities that perhaps were not as well-known as the larger organisations.

The charity that was put forward the most was The Harry Johnson Trust – a local charity that provides support and gifts to children who receive care from the Oncology Team at The Princess Royal Hospital in Telford.

After meeting with the Founder, Sally Johnson, Managing Director of Key 3 Media, Andy Rao, was moved by her story and wanted to help promote the work the charity does in memory of her son, Harry. Key 3 Media will achieve this by donating their time and marketing experience as well as paying for and running a Facebook Ad campaign to drive people to The Harry Johnson Trust website.

They took photographs of Sally and team at the Shropshire Kids Festival, where The Harry Johnson Trust was fundraising, featuring them on their sister business’s website, thebestof Shrewsbury. Key 3 Media also donates money each week by taking part in Dress Down Friday.

Mr Rao says: “It’s an honour to raise awareness of The Harry Johnson Trust. It is truly inspiring how many people Sally has managed to help since creating the charity. The volunteers do fantastic work in the local community and we are committed to promoting their cause and supporting them on their future journey.”

Sally says: “We are so grateful to Key 3 Media. The Harry Johnson Trust is run by volunteers and 100% of money raised goes to the children. I will be running the Disney Paris Half Marathon with friends in September to raise funds, which Key 3 Media is promoting. Our website has lots of information if anyone would like to know more.”