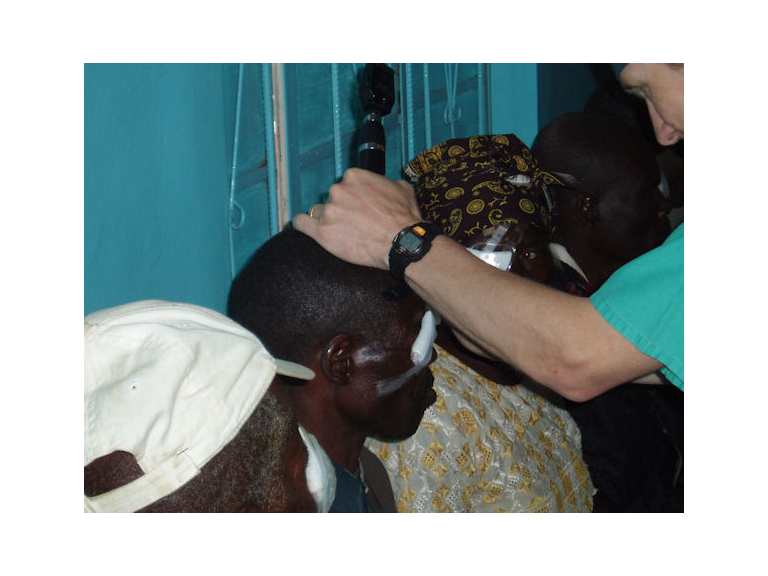 An international charity is celebrating an “amazing” year which has seen its income double and hundreds of people saved from blindness.

Organisers behind Medic Malawi, based in Shrewsbury, said they could not believe what a success 2012 had been for the small charity, with people making donations, despite difficult economic conditions.

Money raised by the organisation, which funds a hospital in Mtunthama, in a rural area of the African country together with a clinic for feeding the malnourished and an orphanage for 85 children, soared from £118,000 in 2011 to £235,000 in 2012.

The fundraising efforts of the organisation were boosted with a Toy Trust donation of £100,000 and new supporters, including Shrewsbury School, coming on board.

Stephen Drew, who took over the charity in 2011 after retiring as principal of Wrekin College where students raised the first £20,000 to pay for the orphan house, said: "It has been a sensational year for us. I am amazed at how people have taken us into their hearts.

"We have to thank the Toy Trust for their generous donation of £100,000 but there were other factors which helped us exceed our targets, including the success of the Big Breakfast, three private donations of £10,000 and new supporters joining us.

"What I am very proud of is that all the money donated to the charity goes to help people in Malawi. We do not have UK costs or expenses, unlike some other charities. That really means we can raise as much money as possible for those in need."

Mr Drew said: "The funding has helped us to make big changes and one of the most ambitious was doubling the size of our orphanage in the Mtunthama region of the third world country to cater for 100 children.

"We have also bought an ambulance and three motorbikes with trailers to begin outreach sessions from a malnourishment centre, as well as building new staff accommodation and extending a surgery ward.

"Even donations of just a few pounds can have a dramatic impact on the lives of the needy in Malawi and we have been touched at how people in Shropshire have continued to think of us when they want to donate money."

He said: "The fundraising does not stop and we have more plans for improvements in 2013. We want to become a regional centre of help and build a new children's ward, training centres for local young people, extend solar power, buy and incubator and open an eye clinic.

"A Three Peaks challenge is also planned in 2013 after a successful walk up Snowdon in September which raised thousands of pounds for us."

Anybody who would like to find out more about the charity or raise funds should visit www.medicmalawi.org or call Mr Drew on (01743) 614597 and follow the charity on Twitter @MedicMalawi.