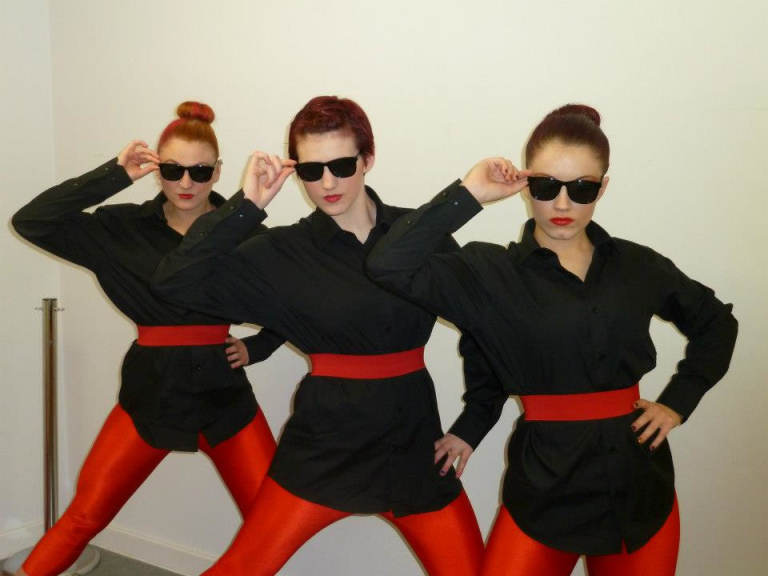 It was a very ambitious project bringing the celebrated musical Chess to the stage, but the Shrewsbury Amateur Operatic Society, along with dancers galore, did good.

Following their recent smash hits; The NODA Award winning ‘Oliver’ and last year’s spectacular ‘Titanic:- The Musical’ SAOS invited audienced to join them for their 2013 production of the hit musical ‘Chess’ at Theatre Severn in Shrewsbury.

Set at the height of the Cold War between Russia and the United States; Chess weaves the story of a romantic triangle that engulfs two top players, an American and a Russian, competing in the World Chess Championship.

The woman who manages one, falls in love with the other. It tells of the overwhelming love that develops between people from opposing nations and which threatens their loyalty to everything they hold dear. Who will win her heart in the ultimate game of strategy, passion and power?

With music by Benny Andersson and Björn Ulvaeus, formerly of ABBA, and with lyrics by the multi award winning Tim Rice, the show is crammed with truly unforgettable classic hits including ‘One night in Bangkok’, ‘Anthem’, ‘I know him so well’ and ‘Pity the Child’.

There really weres some stand out performances in this show and there was nothing amateur about them. As a regular theatre goer, I would honestly say that Liz Law who played Florence Vassy and Kevin Sudlow, who took the part of Anatoly Sergievsky who eventually steals her heart for a time, had pitch perfect, West End standard voices.

I loved their solos and impressed doesn't cut it. When the character of Florence was joined by Svetlana Sergievsky, played by Frances Taylor for perhaps the most infamous song from the musical - 'I know him so well,' we really could have been in London. They were brilliant.

For me, the best acting on the opening night, came from Roger Ashford who took the other lead role of Freddie Trumper. He is a natural and looks very comfortable and grand on the stage.

As a whole troupe though, the society filled the stage well, with everyone in their place, singing and performing their hearts out at all times. There is no age limit in the SAOS and that is lovely to see.

The set and effects were wonderful and there was a nice little touch of all the tv crew interviews being filmed on real recording equipment, linked up to a big screen by MicroVideo Shrewsbury.

The dancers were choreographed by Debbie Ashford and they provided all the right moves to bring the stage to life. We were even treated to the splits twice (by accident) by my very own niece Emma Pearson and some very accomplished dancing from the girls and boys!

My only criticism was that this is a complex show and a big cast and sometimes it was hard to follow the words as the pace of the show was fast. But you will be impressed by the standard of ability in this group of performers, and you should definitely grab your chance to buy tickets and support their months of hard work.

Last but not least, well done to Musical Director Alistair Craib and Director/Choreographer Lynn Hunt Craib, for bringing it all together. Chess is showing at 7.30pm Thursday - Saturday with a 2.30pm Saturday matinee.