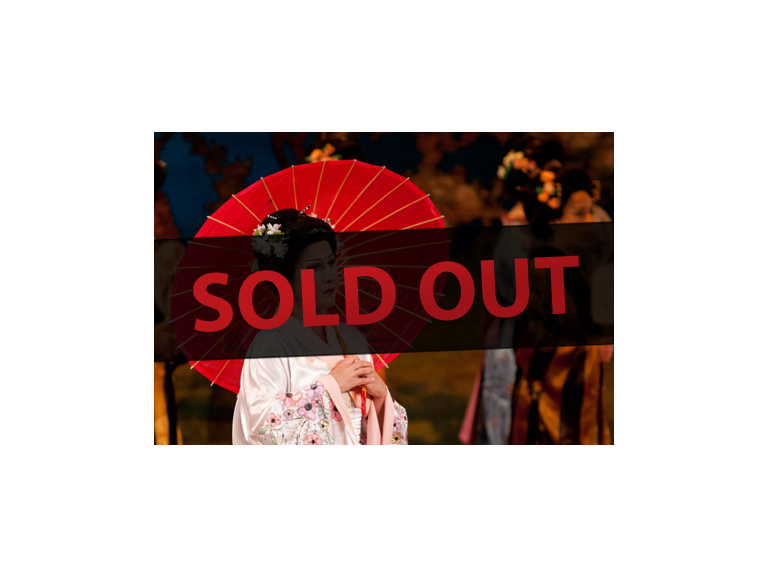 Believe it or not, this was my both mine and my sisters first foray into the world of opera. And we enjoyed it!

I had always wanted to see Madame Butterfly and so jumped at the chance to see this show which was accompanied magnificently by the Mid Wales Opera Chamber Orchestra.

The Artistic and Musical Director Nicholas Cleobury and Director Stephen Barlow, along with the very talented troup of singers drawn from the National Opera Companies , performed the ill-fated love-story of Cio-Cio San (Madam Butterfly) and Pinkerton, the American Naval Officer with aplomb.

This is one of the most well-loved and well-known operas of all time with many of the celebrated songs making it into countless films off the stage. Puccini merges Western and Eastern music to express this tragic story of love across continents and cultures.

The music is sumptuous, and when the curtain came down to signal the end of the first act, I quite frankly couldn't believe it was intervel time already.

The singer playing Madama Butterfly, as you would expect from a lead, was the stand out performer. Her voice was always pitch perfect, extremely strong and clear. The dramatic soprano aria "One Fine Day", she performed was breathtaking.

This was a brand-new production, which promised to be "an intimate, beautiful and heart-rending experience for opera-goers old and new." I think it lived up to that promise.

The set must also get a mention as it complimented the music perfcetly and catapulted you to a land of cherry blossoms and tea houses in the orient. The only criticism I have, was not with the subtitles which ran large downstage itself, but that sometimes they appeared to have a blip and miss words. If you were following the words in English, at some points it was disappointing to miss the meaning. But the story is so passionate, it is easy to follow without.

La Boheme is showing at the theatre on May 29. Tickets for gneral release go on sale on February 13. And if you join the Friends of the Theatre, you get 10 per cent off!