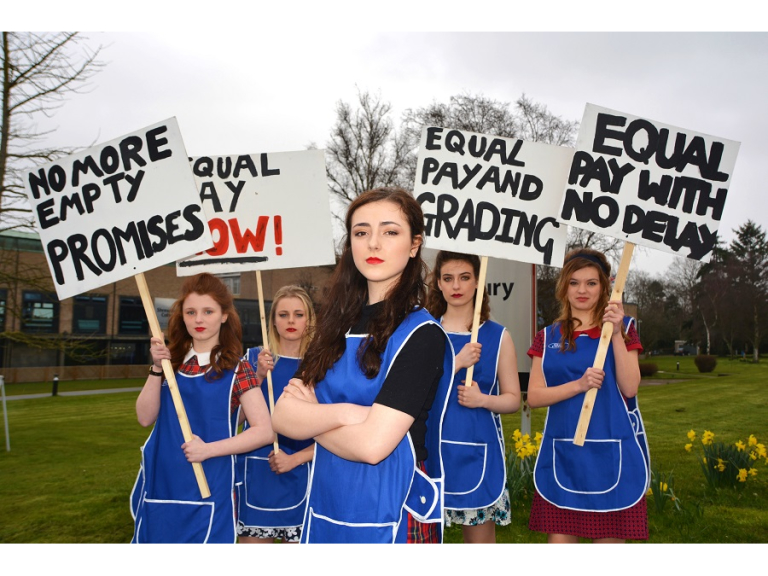 Based on the 2010 film of the same name, Made in Dagenham – an uplifting new British musical comedy - is coming to Shrewsbury.

The show, which sold out in record time, will be performed by Shrewsbury College’s HQPA Performing Arts group at Theatre Severn next month.

Inspired by real events of the Ford sewing machinist strike in 1968 in Essex, the funny, touching and timeless story shows how ordinary people can do extraordinary things.

The College is now calling for anyone who can help by donating spare overalls – preferably blue, grey or back - for the actors to wear during the 2-night show.

“We’re really hoping that someone can help us with this request,” said Gina Evans, Performing Arts tutor at the College. “Ideally it would be great if a local company or garage could lend or donate to us around 30 overalls that the students could wear to perform.

“We want to make the show as authentic and realistic as possible. As the story is based at the Ford auto factory in Dagenham, it would be great for the actors to perform in the correct attire.”

If you, or someone you know have overalls that can be lent or donated to the college, please call Gina Evans on 01743 342487 or email ginae@shrewsbury.ac.uk as soon as possible. The first show is on Tuesday, 12 April.

Gina added: “The HQPA’s reputation has grown over the last few years and our audiences are enjoying the performances so much, they keep returning for more. This is a real credit to our students’ hard work and professional attitude to their work.

“The show promises to be full of fun, laughter and heartfelt moments.”

For more information about Performing Arts course or upcoming performances, please Call 01743 342411 or follow the group on twitter using the hashtag #HQPA