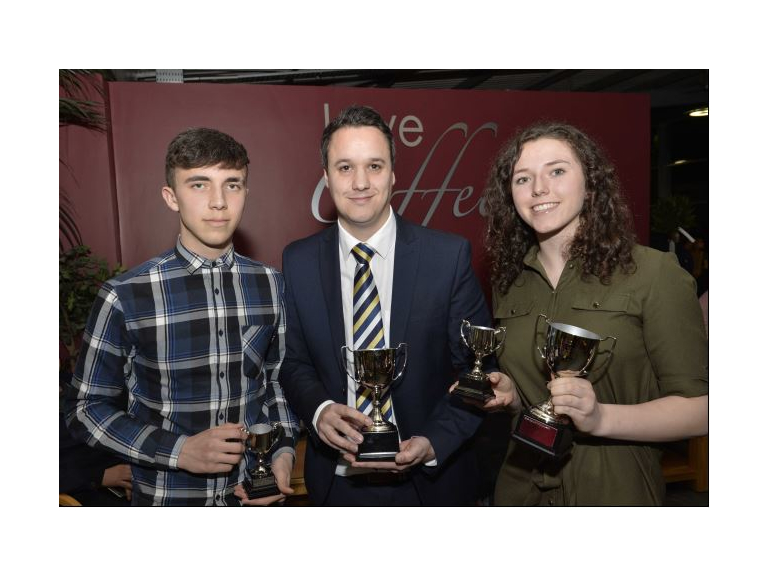 The dealership, located just outside of Shrewsbury, were happy to sponsor awards for the highest ranked female and male athletes at the club’s annual awards evening, held this year at Salop Leisure’s Emstrey headquarters.

Hollie has been a member of the Shrewsbury Athletic Club from age 11 and is currently coached by Arnie Wray. Jake is relatively new to the club having joined June 2015, but added an extra metre to his personal best triple jump within just a few sessions with club coach Pat Higgins, who is also membership secretary.

Scott Higgins, Salop leisure’s holiday home sales and marketing manager, presented the award. He said: “Shrewsbury Athletic Club does a fantastic job in developing talented young people, which is something very close to the heart of our chairman, Tony Bywater.

“We are delighted to have established a good relationship to support the club both financially and through using our facilities and our contacts and look forward to this continuing to flourish in the future.”