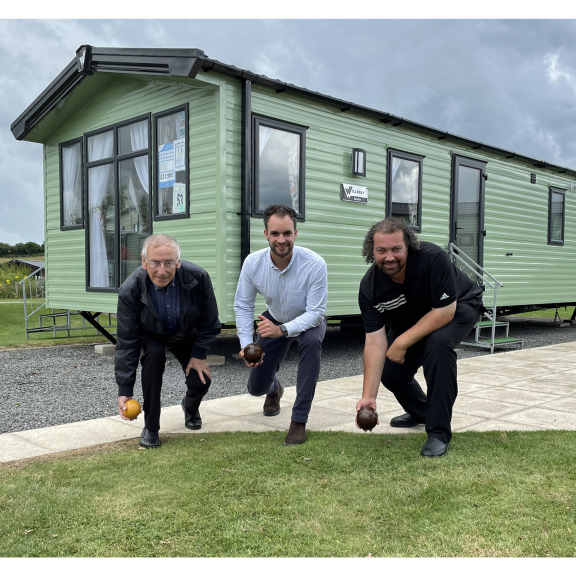 For a fourth year, the company is backing the league, which has 12 teams - Burway and Newport have withdrawn this season due to the pandemic - from around the county.

John Nash, league delegate to the Shropshire County Bowling Association, said the league attracts some of the best bowlers in the country, including Shropshire’s Callum Wraight, recognised as the country’s number one.

“Shropshire is well recognised in crown green bowling circles to be one of the best run counties, and top players want to come and play in the Shropshire Premier Bowling League and major competitions within the county,” he added.

“There are usually more than 40 county players from Shropshire, Wales, Staffordshire and Warwick and Worcester playing in the league.

“The sponsorship from Salop Leisure is very important, particularly after the impact of the pandemic. The league regards it as an absolute privilege to have the company as its sponsor again this year.”

Covid-19 restrictions delayed the league’s start date this year from April to May 21 and the number of players competing in each team has been reduced from 12 to 10 because some have decided not to return to bowling yet.

Due to the late start and other restrictions, there will be no relegation from the league this year. League matches are traditionally played every Friday between April and October.

Ed Glover, Salop Leisure’s marketing manager, said the company was delighted to continue its association with the successful league, formed in 1993.

“It’s fantastic to have our brand represented in such a prestigious league which is recognised countrywide,” he added. “We have been supporting bowling leagues across Shrewsbury and Shropshire for many years.

“We recognise it as a key market to increase our brand awareness and we like to support our local community and local sports clubs.”

What kind of world do you want to leave behind?

Tickets now on sale for UK Pro League Finals Week at The Shrewsbury Club
Sign up for offers
Sign up for what's on guide
Become an author
Popular Categories
By clicking 'ACCEPT', you agree to the storing of cookies on your device to enhance site navigation, analyse site usage, and assist in our marketing efforts.
For more information on how we use cookies, please see our Cookie Policy.