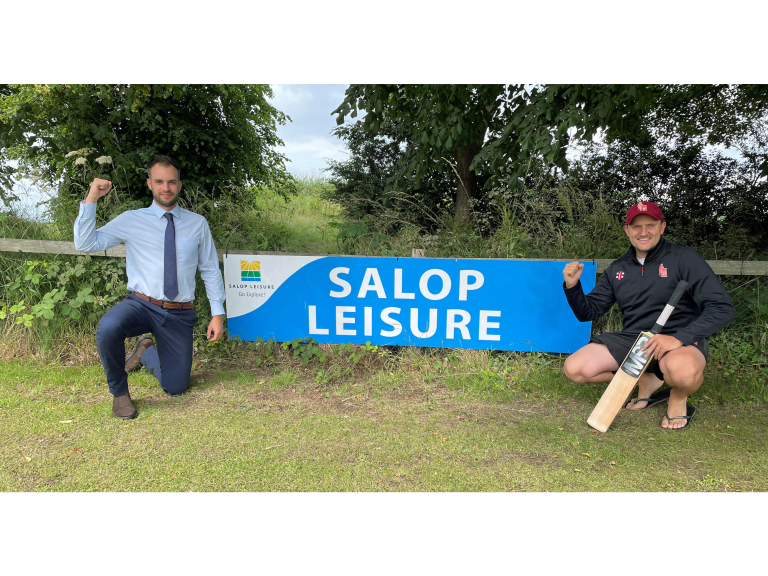 One of the UK’s leading leisure companies is supporting the regeneration of a well known Shropshire cricket club.

Shrewsbury-based caravan, motorhome home dealership Salop Leisure has agreed to sponsor Wroxeter & Uppington Cricket Club which is bouncing back after a couple of difficult seasons.

Two grants from the England and Wales Cricket Board (ECB) have helped the club to improve the ground and clubhouse and new players and sponsors have been attracted to the revitalised club.

A sponsors’ day is being planned this summer to thank the businesses that are supporting the club.

“We have attracted some really good players and there is a nice atmosphere at the club,” said club chairman Jon Harris. “Having worked really hard to get the club back on its feet, we are on the up again now.

“We are proud of what we have achieved this year in terms of improvements to the clubhouse and want to attract successful, local businesses to be associated with the club.

“We are delighted to have Salop Leisure involved in our team of sponsors and look forward to providing them with hospitality and value for money for their support.”

“We are delighted to be associated with the regeneration of Wroxeter and Uppington Cricket Club, which is well known across Shropshire, and wish the club every success this season.”

Formed in 1905 by tenants of the Raby Estate and their friends, Wroxeter Cricket Club originally played matches at Donnington School. Having added Uppington to its name, the club relocated to The Avenue, Uppington in 1921.

The club competed at the top of the Shropshire Cricket League from the 1970s-’90s before winning promotion to the Birmingham League in 2001 and climbing to Division One four years later.

However, the high standards were difficult to maintain, and the club returned to the Shropshire League where it is now laying the groundwork to bounce back.