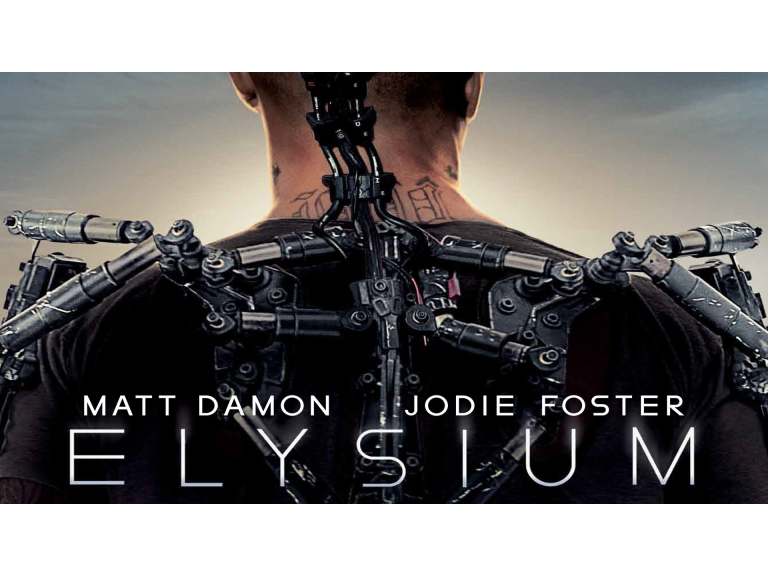 Elysium is a captivating and excitingly bleak tale of ordinary folk rising against oppression and it's showing at Shrewsbury Cineworld Cinema.

It's also the latest offering from Neill Blomkamp who bought us District 9.

In the year 2154, the world’s rich have left the planet and live on Elysium, a paradise space station high above Earth, where medical advancements can cure any illness.

Ex-con Max is exposed to a lethal amount of radiation, and with a few days to live he offers to help former criminal associate Spider steal information to get to Elysium. But he is up against a security head (Jodie Foster) and her psychotic ex-military enforcer (Sharlto Copley).

The science-fiction film is pretty intense with some brutalality, but the special effects are mind-blowing and the performances from the stellar cast are stellar!

It is one of the last of the summer blockbusters (even though the summer seems to have left us already -sniff) and delivers a captivating and bleak tale of ordinary folk rising against oppression. America loves these tales and it has smashed the US Box Office.

As he did with his 2009 debut District 9, director Neill Blomkampwants his film to have a serious message amid the mayhem.

This time round, though, he is also blessed with the casting Matt Damon, who is clearly at ease with action-man moments as well shows of genuine compassion and thedetermination to do the right thing.

Damon’s increasingly ill character Max agrees to be bolted into a powerful mechanical skeleton that increases his physical power and also enables him to download vital information straight into his brain.

But that information turns out to be far more valuable than first suspected, and sets the scene for a guns-blazing attempt to make the facilities of Elysium - a alternative make-shift world near Earth where everything is practically perfect - available to all.

This is must-see, well-made with brilliant performances. A must see from me especially while the weather seems to have gone amiss.