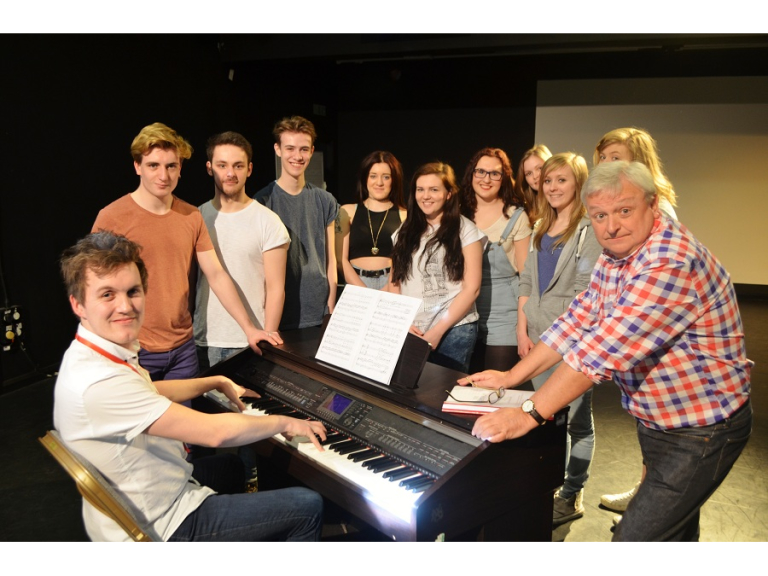 Malcolm Lord, best known for his role as Bungle on 1970s children’s  TV show Rainbow is coming to Shrewsbury College to direct  students in upcoming ‘The Insect Play’.

Malcolm Lord, a friend of Musical Director and Shrewsbury College’s Voice and Performing Arts Lecturer, Michael Jenkins, has worked with the Performing Arts department on various occasions over the past year.

Malcolm, who in recent years has performed on stage in Aladdin, Dick Whittington and Calendar Girls, was asked if he would work with the HND Performing Arts students to give them an insight into working with industry professionals. He said: “I am looking forward to working with the students on this project. The Insect Play bears particular significance to me, as I performed in it back in 1977 - 50 years after its original release. So to work on it once again nearly 40 years later is fantastic.

“The play, addresses the similarities, and difference between insects and humanity, so although it has aspects of comedy, it also includes darker undertones.”

The higher education Performing Arts students will get a real taste of life in the theatre as they will not be told what parts they will be playing until two weeks before the first show.

“Having worked in theatre for 30 odd years, it is normal to only receive the script of a play a couple of weeks prior to the production, so I wanted the HND  students to get a taste of real theatre and the time pressures that are involved,”  Malcolm Continued.

“It is good practice for the students to work out of their comfort zones and to get involved with all aspects of theatre, including making their own costumes.”

Michael said: “I first worked with Malcolm when I was musical director for an OD Project, open air production of The Tempest in association with The Royal Shakespeare Company.  I thought it would be a fantastic opportunity for our students to work with such a renowned actor, and in my opinion, one of the best pantomime Dames in the country.

“This is an original interpretation of the play that I have adapted into a musical. This enables the students to exercise their singing skills as well as their acting techniques. It is important for all of our students, especially those on higher education courses, to get a wide variety of experience in before they finish here with us.”

Natasha Plant, HND Performing Arts student, said: “I am really excited about working with a professional director and a great musical director. Hopefully this amazing experience will give me a greater insight into the industry.

“As a group we all feel very lucky to be given this opportunity.”

Caitlin Mathieson-Glasgow, on the same course, said: “Not knowing the script or what part we will be playing is nerve racking, but it is great to get a feel of what working in the performance industry is really like.”

There will be two performances of the play on Tuesday, April 10 and Friday, April 11 both at 7.30pm.

Tickets cost £7 or £5 for concessions. To book a ticket or for more information please call 01743 342699 or email boxoffice@shrewsbury.ac.uk

For more information about Performing Arts courses at Shrewsbury College please call 01743 342333 or click on the weblink.