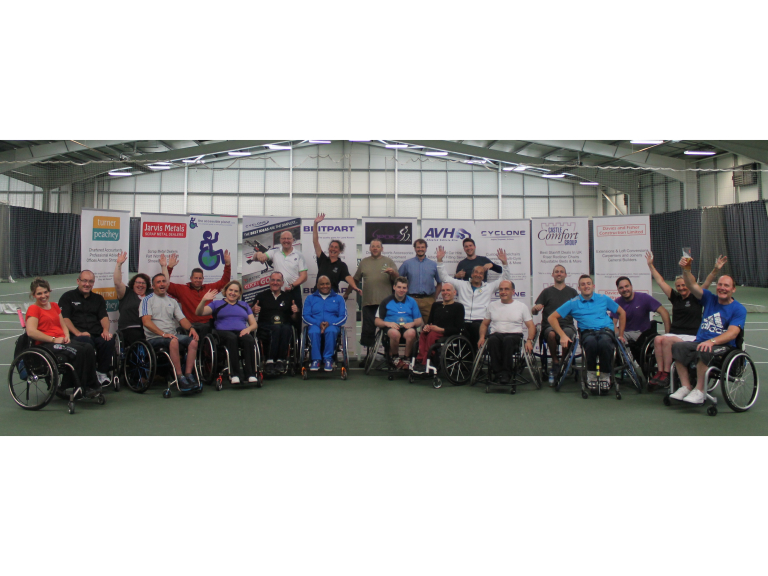 A record entry of wheelchair tennis players from around the country will battle it out for honours at The Shrewsbury Open this weekend.

The event to be held at The Shrewsbury Club is growing more popular each year as part of the Wheelchair Tennis Development Series for 2015.

Players of all ages and abilities are invited to compete at a tournament which has the full support of the Tennis Foundation.

A number of local players - who get together to play at The Shrewsbury Club each week as part of a thriving wheelchair tennis club - will take part in The Shrewsbury Open which will run from this Friday to Sunday with spectators very welcome to come along. Admission is free.

Nigel Hunter, the director of tennis at The Shrewsbury Club, said: "We're looking forward to The Shrewsbury Open, one of several tournaments played all around the UK with a real ethos on participation.

"The idea is to get people playing. Maybe for some people it will be their first competition before they start on the ITF tour, moving into the graded tournaments.

"We won tournament of the year for the series in 2013 and The Shrewsbury Open is always held in really high regard on the tour. We're renowned as a really welcoming venue and each year we're trying to make the event bigger and better.

"We had 32 players taking part last year - there will be more this year - and players come from far and wide.

Sponsors have come on board to support the tournament but more are always welcome to get involved. Pop up banners to be displayed court side are available for £100 - an ideal way for businesses to promote themselves - while for a cost of £250 companies have the chance to come along and showcase what they do.

"There's lots of waiting around between matches so we set aside a court where we put activities on and it's also a chance for compaines to come and show what they do," added Nigel, who can be contacted via email at nigel.hunter@theshrewsburyclub .co.uk