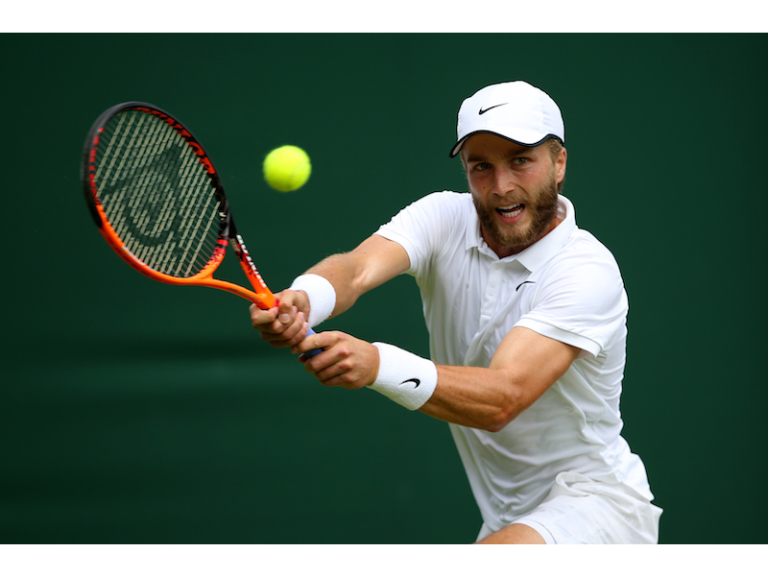 Liam Broady is set to spearhead the British challenge when professional tennis returns to Shrewsbury later this month.

Broady, ranked as high as 158 in the world rankings last August, has signalled his intent to play in the $10,000 Aegon GB Pro-Series men's tournament at The Shrewsbury Club.

Qualifying starts on Sunday, February 14 and admission for the event, featuring a host of rising stars from across Europe, will be free throughout the week which concludes with the final on Saturday, February 20.

Broady, 22, from Stockport, a former world junior No 2, was a member of the Great Britain Davis Cup team for their victory over USA in Glasgow last March and is currently ranked seventh nationally.

A number of other up and coming British players are also set to compete, including Dan Cox, runner-up in last year's Shrewsbury final to exciting prospect Quentin Halys. French teenager Halys, who has since rocketed up the world rankings, recently starred against world No 1 Novak Djokovic in the second round of the Australian Open.

Many potential stars of the future from around Europe will also be heading to the town, with Frenchman Axel Michon, 25, currently just outside the world's top 200, looking to continue the recent French dominance in Shrewsbury after Oeane Dodin successfully landed back-to-back women's titles either side of Halys claiming the men's singles crown last March.

Julie Piper, the Tournament Director for the LTA, said the players always enjoyed coming to The Shrewsbury Club.

"Shrewsbury is fast becoming a popular venue with the players on the ITF Pro-Circuit," she said. "Many of the players competing at the recent Australian Open have all graced the club's courts with their presence.

"They include Germany's Angelique Kerber, who won the ladies singles title in Melbourne last weekend, but who lost in the quarter-finals to Great Britain's Katie O'Brien when she played in Shrewsbury in 2009.

“While the names on the acceptance list for this month's event may not necessarily be household names yet, tournaments like this act as a stepping stone for those players starting off on their professional career and, who knows, you could be watching a Grand Slam player of the future.

"For many, it could be their first experience of playing in a British event and so the welcome and support they receive will hopefully stay with them throughout their playing careers."

She added The Shrewsbury Club has developed an excellent reputation on the tour with players.

"For The Shrewsbury Club to be awarded two Pro-Series events again this year is testament to the hard work their team put in to ensuring everything runs smoothly," she said.

"The local media show their support before and during the week in promoting the event while the friendliness of the members and the support they give the players by coming to watch, chatting to them and genuinely making them feel welcome is all much appreciated."